The Hang Seng Index tumbled 1.5 per cent to 25,813.81 on Monday, following a rally in the preceding three weeks. Alibaba Group Holding, which owns one-third of Ant Group and this newspaper, lost 4.2 per cent while Tencent Holdings declined 2.7 per cent and Meituan slid 4.5 per cent. The tech gauge retreated by 2.3 per cent.

China is looking to break up Ant Group’s Alipay and force the creation of a new app for its loan business, the Financial Times reported, citing people familiar with the process. Ant Group will be asked to turn over lending data to a new credit scoring venture partly owned by the state, it added.

“Regulatory measures are still impacting the market,” said Alvin Cheung, associate director at Prudential Brokerage in Hong Kong. The Hang Seng will fluctuate around 25,000 this month, while performance of tech stocks will diverge, he added.

Soho China plunged about 35 per cent to HK$2.29. US private equity giant Blackstone Group on late Friday walked away from its US$3.05 billion, or HK$5 per share, takeover offer in June for the biggest developer in Beijing amid a regulatory review. Both parties cited no progress in fulfilling the conditions towards its December deadline.

The Shanghai Composite Index climbed 0.3 per cent to 3,715.37, from a six-year high. The market’s strength has been powered by a trading blitz reminiscent of the liquidity that propelled the bull market in May 2015. The tech-heavy ChiNext declined 1.2 per cent. 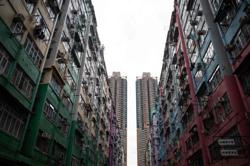