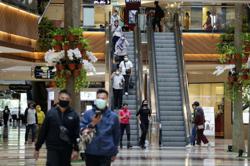 Back in public: Shoppers wearing protective face masks at the Pondok Indah shopping mall in Jakarta. They are required to show their Covid-19 vaccination certificate before entering. — Reuters

THE nation’s capital reopened its retail malls this week to an exclusive crowd – shoppers vaccinated against the coronavirus.

With restrictions still in place in much of Indonesia, Jakarta’s malls are allowed to operate at 25% capacity to try to keep the economy moving, but customers must prove via a smartphone application that they have received at least one vaccination dose.

That puts them in a select group, with just one in five Indonesians given a shot so far under a mass-immunisation programme that started in January.

“This is a positive measure for the shopping mall so that visitors can be assured that everyone who enters the mall has been scanned and considered safe and healthy,” said Eka Dewanto, the general manager of Pondok Indah Mall in north Jakarta.

Indonesia is fighting to contain a long-running outbreak fuelled by the Delta variant, with more than 3.8 million cases and 115,000 deaths recorded overall, one of Asia’s worst epidemics.

Like many countries in Asia, Indonesia has struggled to secure vaccines fast enough amid fierce global competition, heightened by the rapid spread of the Delta variant.Housewife Ilona Refita, 43, approves of the application used to enter the malls and just wants to get on with life.

“It’s impossible for us to keep staying at home and not be doing things that are supposed to be done, right? We should protect ourselves,” she said.

Student Salsabilla, 23, said the application was good but she was uncomfortable that her whereabouts were being recorded.

“I did wonder why my location needs to be tracked,” she said. “That worries me.” — Reuters 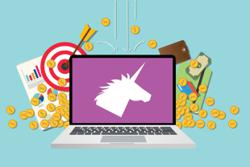