Yu Mengyu (left) and Lin Ye in action at the women's team quarter-final at the Tokyo Metropolitan Gymnasium in Tokyo on Aug 3, 2021. - Reuters

TOKYO (The Straits Times/ANN): It was not the opponent nor the result they would have liked to have in a quarter-final, but perhaps fittingly, the 3-0 loss to China on Tuesday (Aug 3) has drawn the curtain on the Olympic careers of Singapore’s top female paddlers as they come full circle.

World No. 10 Feng Tianwei confirmed her fourth Games – a Singaporean record she holds with former teammate Li Jiawei and swimmer Joscelin Yeo – will also be her last.

The 34-year-old, who was knocked out of the women’s singles round of 16, told The Straits Times: “I’m at peace and this seems like a natural decision. There’s no particular reason. I have played at four Olympics, won three medals, and I have no regrets.

“I will remain in Japan to play in the T.League that starts in September. As for the Asian, Commonwealth and SEA Games in 2022, we shall see. I will need some time to rest before deciding.”

World No. 31 Yu Mengyu, 31, had earlier said this would be her final Olympics, but left the door open for the major Games next year.

The duo were born in China but left their hometowns to pursue an international career and an Olympic dream, and did so with distinction.

They were part of the team that stunned China 3-1 to be crowned world team champions in 2010 while Feng collected an Olympic team silver at Beijing 2008 plus two bronze medals (team and singles) four years later in London.

Despite falling out with the Singapore Table Tennis Association (STTA) in 2016, Feng persisted with her career and has not slipped below 13th in the world rankings in the last 13 years.

While Yu does not own an Olympic medal, she performed above expectations in Japan, finishing fourth in the women’s singles.

But the emergence of young Chinese and Japanese talents has made their job harder.

After the retirement of compatriots Wang Yuegu and Li, Singapore have relinquished their place in the top three of the women’s team event. At Rio 2016, they were fourth, now they are quarter-finalists.

At Tokyo 2020, they were unlucky with the women’s team draw. After beating France 3-0 on Monday, they had to face China, who are undefeated in this format at the Olympics since its introduction at Beijing 2008.

She said: “I just went for it, and it’s a waste I couldn’t take down the second game because then I may have a chance to win the match. I’m not up to their standard yet and ultimately she stepped up with her variety of high-quality shots.”

STTA president Ellen Lee thanked Singaporeans for their support but did not want to commit on whether her association would ramp up its foreign talent recruitment.

She said: “Our women’s team fought hard today and I applaud them for coming this far even though we lost to China. Our debutant Lin Ye was on fire and played a very good game against a strong opponent.

“Now we need to refocus and move on. Next year will be an exciting year as our team will be participating in the Commonwealth Games, Asian Games and SEA Games.

“We are sure that with our continuous effort, we will find success at the major Games." - The Straits Times/Asia News Network 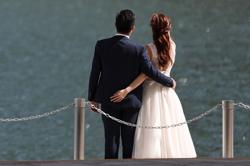