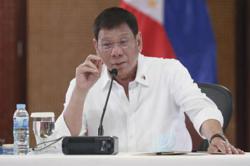 President Rodrigo Duterte said the country’s battle against illegal drugs remained unfinished business, in comments made in his final State of the Nation address before he ends his single six-year term next year.

“While we have made strides in ending rebellion and insurgency in various parts of the country, we still have long way in our fight against the proliferation of drugs,” he said, referring to the bloody war on drugs he has presided over that is being investigated by the International Criminal Court (ICC).

Duterte delivered his final state of the nation speech before Congress yesterday, winding down his six-year term amid a raging pandemic, a battered economy and a legacy overshadowed by a bloody anti-drug crackdown that set off complaints of mass murder before the ICC.Allies defended the 76-year-old populist leader’s record, with documentaries on state-run TV and speeches highlighting his administration’s efforts to fight criminality, poverty, corruption and decades-long communist and Muslim insurgencies, as well as build infrastructure.

They backed calls by the ruling party for Duterte, who took office in mid-2016, to run for vice-president when his term ends in June next year – potentially with his daughter, now a city mayor, running to succeed him in the May 9 elections.

Opposition lawyers have threatened to block the move in the Supreme Court, arguing it would breach constitutional term limits. Philippine presidents are limited to a single term.

Meanwhile, a few thousand protesters gathered in a nearby university, then marched toward Congress but were blocked by riot police yesterday.

“His years in office will forever be linked with the thousands of lives lost in extrajudicial killings, and the thousands of lives also lost amid his administration’s bungled response to the Covid-19 pandemic,” said opposition Sen Risa Hontiveros.The Philippines has reported more than 1.5 million confirmed Covid-19 infections, with 27,224 deaths. — Reuters/AP 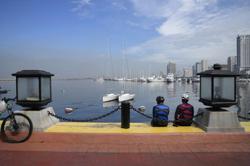