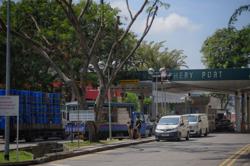 SINGAPORE, July 26 (The Straits Times/ANN): There were 129 new locally transmitted coronavirus cases as at noon on Monday, including 61 cases connected to the growing cluster linked to Jurong Fishery Port.

This brings the total number of cases in the cluster to 853.

There were also six new cases linked to the KTV cluster, taking its total to 243.

Of the 129 locally transmitted cases, 76 were linked to previous cases and had already been quarantined, while another 25 linked cases were detected through surveillance, said the Ministry of Health (MOH).

The remaining 28 were new unlinked cases.

Among the cases is a senior aged above 70 who is partially vaccinated and at risk of serious illness.

There were also six imported cases who had been placed on stay-home notice (SHN) or isolated on arrival in Singapore, MOH added.

Three of these cases were detected on arrival in Singapore, while three developed Covid-19 during SHN or isolation.

The total number of cases in Singapore stands at 64,314.

Singapore has had 37 deaths from Covid-19 complications, while 15 who tested positive have died of other causes.

Meanwhile, Bloomberg reports that the Jurong Fishery Port cluster has spread far and wide, with cases detected at dozens of wet markets and hawker centers that sell raw and cooked food, the Health Ministry has reported. They said that’s likely due to fishmongers and stallholders visiting the port to collect produce to sell at their stalls.

The continued three-digit caseload comes even after stricter rules were introduced last week, including a ban on dining out and on some indoor activities.

The restrictions will last until Aug. 18. However, Trade and Industry Minister Gan Kim Yong has clarified that the stricter measures don’t indicate a reversal of the government’s intention to begin treating Covid as endemic.

As Singapore’s vaccination coverage increases, the city-state will be in a stronger position to relax measures, Gan said. New measures will be introduced in stages, with vaccinated people able to take part in more activities than non-vaccinated individuals. 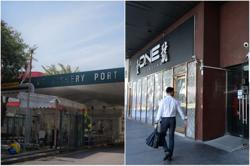