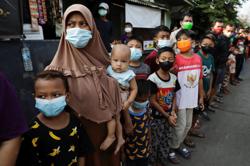 A medical worker holds up a vial of the Sinopharm Covid-19 vaccine at a Gotong Royong vaccination centre set up by the Indonesian Banks Association (Perbanas) at Tennis Indoor Senayan in Jakarta. - Antara Foto via Jakarta Post/ANN

JAKARTA, July 18 (Jakarta POst/ANN): Cabinet Secretary Pramono Anung has confirmed that the government had scrapped plans to allow self-funded inoculation under the Gotong Royong scheme, an expansion of the program that had elicited strong criticism from the public and civil society groups.

“After taking public feedback and responses into consideration, (President Joko 'Jokowi' Widodo) has firmly instructed that the [individually] paid vaccination plan, which was previously set to be distributed through [(state-owned pharmaceutical company) PT Kimia Farma, be cancelled,”

The controversial programme was initially set to start on Monday (JUly 19) but was later delayed by Kimia Farma before its ultimate cancellation.

The government’s U-turn came after the World Health Organisation (WHO) cautioned that individually paid vaccination schemes could pose ethical issues and hamper efforts to guarantee equal access to vaccines.

“Of course, to have the most possible impact, it's important that every citizen has the equal possibility to get access, and any payment could pose an ethical and access issue – and particularly during a pandemic, when we need the coverage and the vaccines to reach all of the most vulnerable,” said Ann Lindstrand, WHO unit head for essential immunisation programs, at a streamed news conference.

Indonesia’s vaccination programme is divided into two schemes: the national vaccination campaign, conducted by the government, and the business-funded Gotong Royong scheme, which allows private and state-owned companies to purchase vaccine supplies from the government to inoculate workers and their family members.

Both programmes are free of charge for the participants. The recently canceled expansion to the Gotong Royong scheme, however, allowed individuals to pay for vaccines themselves, following a sluggish vaccination rollout by businesses.

Only 300,000 shots have been administered since the Gotong Royong scheme started in March, far below its initial target of 1.5 million doses, Health Minister Budi Gunadi Sadikin said during a meeting with House of Representatives Commission X overseeing health care.

The country initially aimed to inoculate 181 million people by March 2022. This target was recently increased to around 208 million after health authorities expanded the inoculation drive to include people between the ages of 12 and 17.

As of Saturday, more than 57 million Covid-19 vaccine doses had been administered through the program, data from the Health Ministry shows. However, only around 16 million people – or 6 percent of the population – have received a second and final dose. - Jakarta Post/ANN 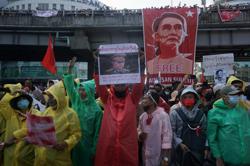 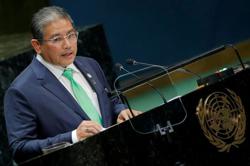