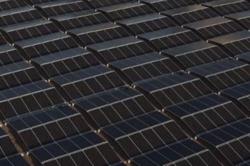 In a filing with Bursa Malaysia today, the electrical and mechanical engineering services provider said under the agreement, a special purpose vehicle -- to be formed by KABEP and Janakuasa -- will seek to acquire the majority stakes in three hydropower plant projects in Vietnam, with an aggregate installed capacity of 180 megawatts (MW).

"The projects have existing power purchase agreements with state-owned utility company, Vietnam Electricity, which will expire between January 2030 and 2039. The projects commenced commercial operations between 2015 and 2019, ” KAB has announced.

Meanwhile, in a joint statement, KAB managing director, Datuk Lai Keng Onn said the agreement demonstrated the company’s commitment to expand its green energy solutions division, as well as grow its footprint in the Asian region.

"Concurrently, with the huge growing demand for electricity in Vietnam, we are confident that our first foray into that country will be successful. We look forward to working together with Janakuasa in enhancing our long-term partnership in developing green projects in Vietnam, ” he said.

Janakuasa chairman Ti Chee Liang said the company had been developing power projects in Vietnam to promote economic development in the region, as well as to support the growth of renewable energy in the country.

"Given that Vietnam is ASEAN’s rising star with the most promising economic growth and growing population, demand for energy has increased exponentially.

"The Vietnamese government’s commitment to green energy makes the country an attractive investment destination for the development of multiple renewable assets in Southeast Asia, ” he added.

Janakuasa, a private energy developer company based in Malaysia, Singapore and Vietnam, is currently developing two notable power plants with strong partners, namely a 1, 200MW coal-fired power plant in Duyen Hai 2 and a wind power plant with a capacity of 78MW in Hiep Thanh, both located in Vietnam. - Bernama