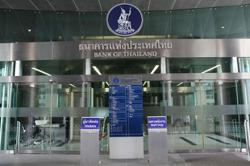 JAKARTA, June 18 (Bloomberg): Bank Indonesia left its benchmark interest rate unchanged at a record low, sustaining its support for a pandemic-hit economy and saying it’s prepared to weather any volatility from the US Federal Reserve’s more hawkish message overnight.

Indonesia’s central bank kept the seven-day reverse repurchase rate at 3.5%, as expected by all 30 economists surveyed by Bloomberg. It’s the fourth straight month the rate has stayed at its record low, and Bank Indonesia previously has signaled it could remain at that level for the rest of the year.

"The decision is consistent with our low inflation projection and maintained rupiah stability and efforts to strengthen the national economic recovery, ” Governor Perry Warjiyo told reporters in Jakarta. The central bank will keep policy accommodative to boost lending to businesses, which will help the economy recover, Warjiyo said.

The move should help policy makers shield the rupiah from a renewed round of taper talk, after the Fed on Wednesday sped up its expected pace of policy tightening. The rupiah, which is down 2.1% against the dollar this year, has been among currencies vulnerable to volatility as foreign investors shift their portfolios away from emerging markets.

The rupiah fell as much as 0.9% Thursday, its largest drop since February 26, though most of the decline happened in the aftermath of the Fed decision, before Bank Indonesia’s meeting. The country’s benchmark stock index was down 0.2%, while the yield on 10-year benchmark government bonds rose 8 basis points to 6.5%, its highest level since May 20.

"Bank Indonesia’s decision to keep its policy rate unchanged at 3.5% wouldn’t be surprising in normal days, but it’s especially to be expected coming right after the Fed’s hawkish tilt overnight, ” said Wellian Wiranto, an economist at Oversea-Chinese Banking Corp. in Singapore. "While there remains a tail risk that BI might have to react to a new economic downturn domestically due to virus resurgence, its ability to cut rates further has been considerably slashed by the overnight global development. Hence, we now attach a very slim probability of any rate cut this year.”

While some of its peers have started hinting at a policy shift, Bank Indonesia has pledged to keep policy accommodative as long as possible to support a soft economy that is struggling to get Covid-19 under control. Even after hitting a five-month high of 1.68% in May, inflation remains well below the central bank’s 2%-4% target.

"Bank Indonesia’s balance between currency stability and growth support considerations may get more challenging in 2H -- a period when the U.S. recovery is likely to gain more traction while Indonesia’s recovery hopes get pushed further into 2022. We still expect the central bank to leave rates unchanged through the remainder of this year and much of 2022.”

"We’ve been through global spillover episodes from time to time, ” Warjiyo said, mentioning the "taper tantrum” in 2013 -- when the Fed began winding down its financial crisis-era asset purchases -- and massive outflows at the height of the pandemic last year. "Of course, we will continue to be vigilant and ensure the stability of exchange rates and financial markets, ” he said.

A new wave of coronavirus infections threatens to derail the economy, which until recently had been showing signs of turning the corner. Indonesia added more than 55, 000 new cases in the week ending June 13, its largest increase since February, after gatherings for the Eid al-Fitr holiday and more transmissible strains worsened the virus spread. The government has tightened movement restrictions and expanded the vaccine roll-out to all adults in a bid to contain the surge, which is expected to persist until July.

Prior to the Covid spike, Indonesia’s mobility and retail sales were driving consumption, which accounts for more than half of gross domestic product. Exports and imports also jumped in May, in tandem with record-high factory activity. Indonesia aims to climb out of its recession this quarter and post growth of 4.5%-5.3% for the full year.

"The main reason we don’t expect any further rate cuts is the uncertain outlook for the currency, ” Gareth Leather, senior Asia economist at Capital Economics, wrote after the decision. "We think further declines in the rupiah are likely as fears about higher inflation in the US push bond yields and the dollar higher. A high level of foreign currency debt makes Indonesia vulnerable to big currency falls.” - Bloomberg