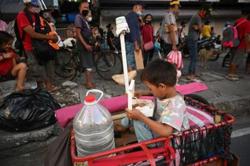 Cause for concern: Across the East Asia and Pacific region, the Philippines had the fifth-highest prevalence of stunting. — Reuters

The country is suffering from a silent pandemic – childhood stunting as a result of under-nutrition, according to the World Bank.

In a report, “Under-nutrition in the Philippines: Scale, Scope, and Opportunities for Nutrition Policy and Programming”, the World Bank found that in 2019, 29% of Filipino children aged five or younger had stunted growth.

This meant they were smaller in height compared with healthier children of the same age.

Across East Asia and Pacific region, the country had the fifth-highest prevalence of stunting.

“The stunting prevalence of children in the Philippines is of ‘very high’ public health significance,” said the report posted on the World Bank’s website on Tuesday.

The report pointed out that there are regions within the country with levels of stunting that exceed 40% of the population.

The World Bank blamed stunting mainly on micronutrient undernutrition, which affected infants, children and even pregnant women.“The persistence of very high levels of childhood undernutrition, despite decades of economic growth and poverty reduction, could lead to a staggering loss of the country’s human and economic potential,” the organisation said.

It added that the Philippines should “build a strong and more coordinated partnership for nutrition (by strengthening) the National Nutrition Council supervisory and oversight capacities”. — Philippine Daily Inquirer/ANN 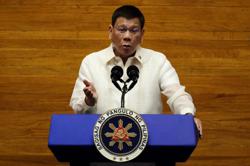