The Singapore International Arbitration Centre, based in Maxwell Chambers Suite, was ranked the most preferred arbitral institution in the Asia-Pacific and second in the world. - ST

SINGAPORE (The Straits Times/ANN): In a landmark feat, Singapore has tied for first place with London as the top seat of arbitration in the world, based on a well-regarded survey.

It is also the preferred seat of arbitration in the Asia-Pacific region and among the top four worldwide, with its standing improving even in the Caribbean/Latin America region, where it was previously unranked.

The 2021 international arbitration survey by Queen Mary University of London (QMUL) and global law firm White & Case published last month also ranked the Singapore International Arbitration Centre (SIAC) as the most preferred arbitral institution in the Asia-Pacific and second in the world.

"It is one of the most comprehensive empirical studies on international arbitration and is well-regarded globally. We have done well in the survey and our rankings have improved over the years," commented a Ministry of Law (MinLaw) spokesman when contacted.

In the 2018 QMUL survey, Singapore was ranked third most popular seat for arbitration, behind London and Paris, and in 2015 it was fourth, behind London, Paris and Hong Kong.

The survey explored how international arbitration has adapted to changing demands and circumstances such as the Covid-19 pandemic and also probed trends in user preferences and perceptions, say its authors.

This edition saw the "widest-ever pool of respondents" with 1, 218 questionnaire responses received and 198 interviews conducted from a diverse group in the international arbitration sphere.

"The results reflect an interesting snapshot of change in arbitral practice during a time of global upheaval. The arbitration community had to adapt quickly, and some of these changes will remain after the pandemic recedes.

"Virtual hearings and increased reliance on technology are clear examples of changes that will persist. It has been a challenging yet rewarding process, but we are pleased with the interesting results," said QMUL's Norah Gallagher.

The report noted the "interesting movement within the top-five rankings. While London once again stands at the top of the charts, for the first time, it shares this position with Singapore".

It added: "Interestingly, some interviewees mentioned the presence of well-established arbitration institutions, such as SIAC in Singapore, as an additional factor they consider when choosing the seat."

MinLaw said Singapore's top standing is a result of efforts over several years, such as providing an "arbitration friendly" legal framework where legislation is regularly reviewed and updated.

Among other things, aside from world-class facilities, there is also deep professional expertise in international dispute resolution based in Singapore, which includes SIAC's international panel comprising over 500 experienced arbitrators from more than 40 jurisdictions.

Senior Counsel and former London-based Chartered Institute of Arbitrators president Francis Xavier lists the following two most important ingredients for Singapore's prominence: first, its highly evolved arbitration law framework that is quick to adapt to the changing needs of arbitration users, and second, its firm pro-arbitration commitment on the part of the judiciary.

WongPartnership's head of litigation and dispute resolution, Chou Sean Yu, said: "Singapore's rise reflects the continued recognition by global businesses and the international legal community of Singapore's excellence as one of the world's leading dispute resolution hubs. The survey also shows SIAC's increased reputation as a global arbitration institution and is no longer just a regional player."

Gary Born, president of the SIAC Court of Arbitration, commented on the "exceptional results" and said: "SIAC will continue to enhance and innovate its services in order better to serve our increasingly diverse and global users."

SIAC chairman and Senior Counsel Davinder Singh said: "We are very grateful to the international community for their trust in Singapore and SIAC." - The Straits Times/Asia News Network 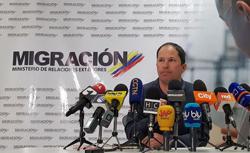