Ultraman will feature in the ongoing SingapoReimagine campaign. -TSUBURAYA PRODUCTIONS

TOKYO (The Straits Times/ANN): Ultraman meets Merlion in a new virtual campaign by the Singapore Tourism Board (STB) in Japan to keep the Republic at the top of consumers' minds as the two countries mark 55 years of diplomatic relations.

The beloved Japanese superhero icon is also celebrating its 55th anniversary this year.

Ultraman will feature in the ongoing SingapoReimagine campaign "as the Ambassador of Light to connect the 55th anniversary of Singapore-Japanese relations with the anniversary of Ultraman's first appearance on Earth 55 years ago", production house Tsuburaya said in a statement.

In a tie-up that will last 1½years, Ultraman will feature in key tourism visuals, short films and travel merchandise, STB and Tsuburaya said.

STB launched the SingapoReimagine campaign last year to picture the future of tourism after Covid-19 restrictions are eased.

"During difficult times - such as the Covid-19 pandemic - it is even more important for us to reaffirm longstanding relationships," he added, noting that the national tourism organisations and travel agents have been organising online tours to "whet our appetites for future travel plans".

The STB on Tuesday unveiled the SJ55 logo, which includes the Merlion and Japan's famous cherry blossoms in origami style, while announcing a slate of initiatives that have been, or will be, rolled out in Japan this year.

Singapore films such as drama Homerun (2003) and musical 881 (2007) can be viewed on Netflix in Japan since March under a two-year deal.

Travel agency JTB will be launching even more virtual tours while a recorded performance of the Singapore Symphony Orchestra will be streamed for Japanese audiences later this month.

These new programmes build on long-term efforts by the STB in Japan to have Japanese consumers keep Singapore foremost in their minds through pop culture and food.

Actor Takumi Saitoh was tourism ambassador from 2017 to 2019, while Singapore formed the backdrop of such films as anime Detective Conan: The Fist of Blue Sapphire (2019), romance drama Tapestry (2020), and crime comedy The Confidence Man JP: Episode of the Princess (2020). 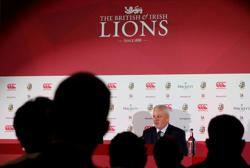