President Joko “Jokowi” Widodo is under pressure to annul the Corruption Eradication Commission’s (KPK) decision to fire 51 of the 75 KPK employees who failed a highly controversial civics test.

The employees were required to take the internal test as part of their transition to civil service employment status.

“If we want this brouhaha to be over soon so that corruption eradication efforts can continue, that needs to happen, ” KPK intercomission and agency network director Sujanarko said on Thursday when asked whether the president should reverse the anti-graft body’s decision.

Sujanarko, who is among the 75 KPK employees who failed the civics test, said they refused to back down and had decided to bring the case to the Ombudsman and the National Commission on Human Rights.

He questioned the National Civil Service Agency’s (BKN) decision to fail them, arguing that the test had been poorly executed and was methodologically flawed.

“This is not just about the 75 KPK employees, ” he said, adding that it was possible that similar tactics could be used to weaken other state bodies.

Indonesia Corruption Watch (ICW) called on the president to summon the KPK’s leadership and reprimand the BKN head for dismissing the 51 KPK employees, some of whom are senior investigators who have handled major cases, including the social aid graft case implicating former social affairs minister Juliari Batubara, who is also a member of the Indonesian Democratic Party of Struggle (PDI-P), the president’s party.

“(President Jokowi) must annul the decision made by the KPK leadership and the BKN chairman by promoting all KPK employees as civil servants, ” ICW said.

Previously, KPK deputy head Alexander Marwata said that out of the 75 employees who had taken the test, only 24 had been selected for further civic education training to achieve civil servant status.

The rest would be dismissed, as their assessors had deemed them unfit to receive additional career development support.

“It’s no longer feasible to hold further training” for the 51 employees, whose assessment reports were “in the red”, Alexander said.

The decision comes following a lengthy meeting involving representatives from relevant agencies, including the BKN, the National Institute of Public Administration, the Administrative and Bureaucratic Reform Ministry and the Law and Human Rights Ministry – the latter two of which are currently led by PDI-P politicians.

“We came to the collective decision that of the 75 employees, 24 will still be allowed to receive training before they can be appointed as civil servants, ” Alexander said.

The provision of supplementary training is to be appointed to a government body.

If the 24 employees make sufficient progress, they will join the 1,274 other employees who have successfully passed the civil service qualifying test.

The KPK’s earlier decision to dismiss all 75 employees who had failed the test sparked criticism among anti-graft activists.

Responding to the uproar, Jokowi called on the KPK leadership, the Administrative and Bureaucratic Reform Ministry, as well as the BKN to formulate a course of action for those who had not passed the test.

In a video statement uploaded on May 17 to the Presidential Secretariat’s official YouTube channel, Jokowi said the test results should be used as “a step toward the betterment of the KPK, both at institutional and individual levels”.

“It should not be used as a pretext to dismiss (employees), ” he said in the video. — The Jakarta Post/ANN 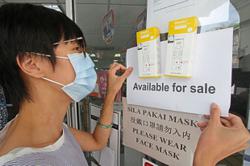