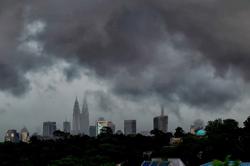 Under water: A file photo showing buildings and farmlands partially submerged after heavy rainfall in Poyang county of Jiangxi province. The National Meteorological Center said part of the country will see up to triple the usual amount of rain this month. — Reuters

Beijing: Authorities plan to enhance weather monitoring and flood and drought prevention because convective weather and heavy rainfall that caused several natural disasters this month are forecast to continue.

The National Meteorological Center said that from yesterday until Sunday, convective weather is highly likely to lead to disasters in South China.

The Water Resources Ministry said that from June to August, the Yellow, Songhua and Haihe rivers are expected to experience heavy flooding.

Meanwhile, regions south of the Yangtze River and parts of the Xinjiang Uyghur autonomous region may have droughts.

Parts of East and South China have seen up to triple the usual amount of rain this month, the centre said.

To enhance flood prevention efforts, the ministry said it has placed specific people in charge of 710 large reservoirs and made the list of names public to ensure they perform their duties well.

It added that local authorities have restored 94% percent of the damaged water conservancy projects and prepared emergency response plans for geological disasters under its guidance. — China Daily/ANN 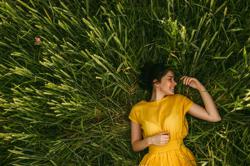