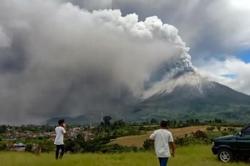 MEDAN (AFP): Four people have been arrested in Indonesia for allegedly stealing Covid-19 vaccines marked for prisoners and selling them to the public, authorities said Tuesday (May 25).

The suspects took more than 1,000 doses made by China's Sinovac from the prisoners' quota, offering them to buyers in the capital Jakarta and in North Sumatra's Medan city for around 250,000 rupiah (US$17) each.

The four arrested included a doctor at a prison in Medan and a local health official, police said. They could face a life sentence if convicted under Indonesia's anti-corruption law.

"One of the suspects brought the vaccines to Jakarta where we also uncovered some locations providing the service," North Sumatra police spokesman Hadi Wahyudi told AFP Tuesday.

Indonesia has been hit hard by the coronavirus pandemic, and it is rolling out a massive vaccination programme for many of its nearly 270 million people.

Citizens get shots at no cost.

But tens of millions are still waiting for their jabs, with limited supplies prioritised for frontline health workers and other high-risk groups -- including the inmates at Indonesia's overcrowded prisons.

The country's prison system is notorious for poor conditions and rights groups have warned about the risk of coronavirus outbreaks in jails across the archipelago.

The arrests come after a separate vaccine scandal in North Sumatra this month, when police said they found health workers at Medan's airport were recycling cotton swabs from Covid-19 tests by washing and repackaging them.

The scheme could have affected thousands of passengers tested at the airport, they said.

Indonesia has officially reported more than 1.7 million cases of coronavirus and nearly 50,000 deaths. 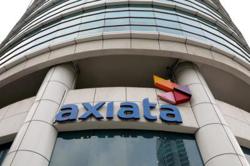