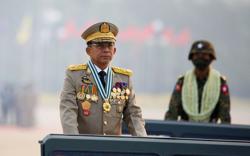 In this file photo taken on December 10, 2019, people participate in a rally in support of Myanmar's State Counsellor Aung San Suu Kyi, as she prepares to defend Myanmar at the International Court of Justice in The Hague against accusations of genocide against Rohingya Muslims, in Yangon. - Detained Myanmar leader Aung San Suu Kyi on May 24, 2021 voiced defiance in her first public comments since being held in a coup, vowing her ousted political party would "exist as long as the people exist." - AFP

MOSCOW, May 24 (Bernama): The European Union issued an official statement on Sunday warning Myanmar military against the dissolution of the National League for Democracy (NLD), the party that won the November elections, as such a decision would be a "blatant disregard" for the will of the people, Sputnik reported.

"The EU reiterates that the elections in November faithfully represented the will of Myanmar’s people. "This was confirmed by all independent domestic and international observers. No arbitrary decision by the military junta and their illegally-appointed members of the Electoral Commission can cancel that," a spokesperson for the EU external action service said.

The EU further condemned the attempts to alter the outcome of the elections and stressed that the military's takeover of power is illegal.

In February, the Myanmar military overthrew the civilian government, placing Suu Kyi and President Win Myint under house arrest, allegedly for election fraud. The coup triggered mass protests and was met by deadly violence, resulting in the death of over 700 people. Additionally, about 3,000 protesters were detained, according to rights activists. - Bernama 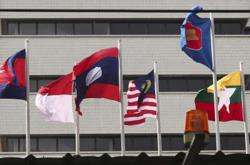