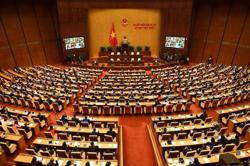 A man rides a bicycle on an empty street amid lockdown restrictions due to a surge in Covid-19 coronavirus cases in Hanoi last week. - AFP

HANOI, May 16 (Bernama): The US-based newswire barrons.com has published an article analysing positive impacts on Vietnam’s financial market of an infrastructure development plan issued at the 13th National Congress of Communist Party of Vietnam, according to Vietnam News Agency.

The article said the leaders of the Communist Party of Vietnam (CPV) earmarking US$119 billion for infrastructure and committing to increasing the private sector’s contribution to the gross domestic product from 42 per cent to 55 per cent by 2025 have attracted foreign investors and resulted in upbeat signals in the financial market.

It cited an example of the VanEck Vectors Vietnam exchange-traded fund, saying it is up 9 per cent since the Congress wrapped on February 2. In addition, Dragon’s United Kingdom-listed Vietnam Enterprise Investments fund has gained 17 per cent this year.

Pouring cash into improvements should enable the government to achieve its 6.5 per cent to 7 per cent annual growth targets while boosting profits for appropriately positioned companies, said Bill Stoops, chief investment officer at Dragon Capital in Ho Chi Minh City, as quoted by the article.

On the country’s property potential, Nick Niziolek, head of global strategies at Calamos Investments, was quoted as saying that "New household formation in Vietnam is running at 80,000 to 90,000 a year, and supply at 60,000 to 70,000.” "That’s an exciting long-term opportunity, ” he added.

Regarding commercial and digital infrastructure, it quoted Sean Fieler, chief investment officer at Equinox Partners as saying that "Vietnamese engineers cost less than in India, and thousands of them are learning Japanese.”

According to him, FPT Vietnam, a diversified IT provider with a burgeoning outsourcing business in Japan, saw its shares jumping by a third this year and can run further.

With all the country’s positives, US investors might have reason to edge back into Vietnam anyway, the article concluded. - Bernama 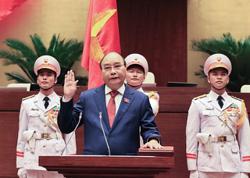