At least 10 imported Covid-19 infections previously confirmed in Hong Kong carried a variant suspected to be behind the current devastating surge in India, the Post has learned.

The researcher behind the discovery has called on the government to step up surveillance of the potentially more infectious mutated strain, which is being investigated by scientists around the world.

Polytechnic University’s findings show that the 10 cases with the variant – officially known as B.1.617, or by its sub-lineage B.1.617.1 – were all imported from India, with most arriving in Hong Kong early this month.

Dr Gilman Siu Kit-hang, the health, technology and informatics department associate professor who led the research, said the government’s flight ban mechanism should be expanded to include the new variant. The safeguard recently barred all flights from the country.

“The Centre for Health Protection might have missed some cases initially, as they only look at infections with the N501Y mutation, while the Indian variant doesn’t have that mutation,” Siu said. 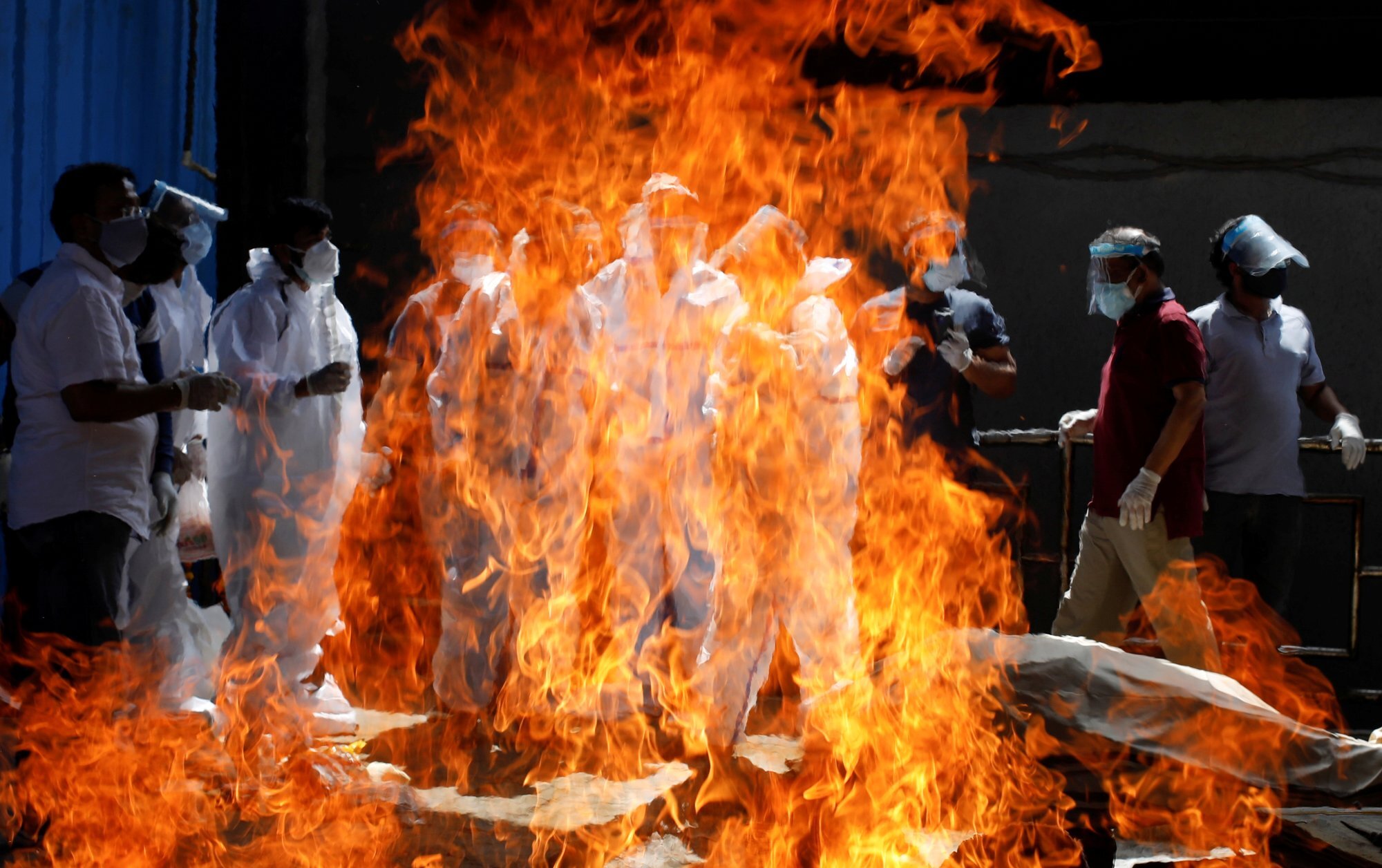 While the N501Y mutation can be found in the three “variants of concern” first identified in Britain, South Africa and Brazil, it is absent in the Indian variant B.1617.

Currently considered a “variant of interest” by the World Health Organization, B.1.617 contains two prominent mutations – L452R and E484Q – which might help the virus transmit better and evade immune systems. It has been spread to at least 17 countries.

Concern over the variant has mounted amid a skyrocketing coronavirus caseload in India, where new daily records were set nearly every day in the past week – jumping from 332,730 cases last Friday to 379,257 on Thursday.

Among the 10 imported cases with the variant discovered in Hong Kong, seven arrived on Vistara flight 6395 from New Delhi on April 4. A total of 58 passengers on that flight have so far tested positive for Covid-19, including one on Friday.

But the 10 cases might only be the tip of the iceberg, as Siu did not have access to viral specimens for all the infected passengers on the flight. Genome sequencing now being conducted by the University of Hong Kong’s school of public health, tasked by health authorities with looking into the cases, could potentially uncover more with the variant.

He urged Hong Kong authorities to include the L452R mutant, which is one of the crucial links to the variant identified in India, among the mutations that could trigger a 14-day flight ban from the country if discovered.

Currently, the ban is triggered if at least five passengers from a country, regardless of the airline, are found to be carrying the N501Y mutant strain when tested on arrival.

The government announced on Thursday night that the ban would also be triggered if at least 10 passengers from a country in a week were found carrying N501Y or “other relevant mutations” from all forms of testing, including those in quarantine. It was not immediately clear what other mutations were included in the mandate.

The discovery of the Indian variant in Hong Kong comes as health officials have been put on high alert after a domestic helper living in Tung Chung was confirmed on Thursday to have contracted a Covid-19 variant from an unknown source locally - a first for the city. Hundreds of residents of a housing block were subsequently evacuated and sent to a government quarantine facility.

In a response to the Post, the Food and Health Bureau said it would continue to closely monitor the global and local epidemic situation, and further adjust the relevant inbound prevention and control measures as necessary.