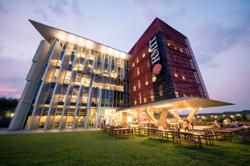 Hanoi University of Science and Technology. — Photo courtesy of the university

HANOI (Vietnam News/ANN): Four Vietnamese universities have been listed in the Impact Rankings 2021 by Times Higher Education (THE), the only global performance tables that assess universities against the United Nations’ Sustainable Development Goals (SDGs).

Only Vietnam National University-Hanoi is placed in high position for criterion SGD 4 – quality education with 71.4 points, ranking 92nd in the world, the highest ranking that a Vietnamese education facility has reached.

The SDG 5- gender education – is also the strength of the Hanoi University of Science and Technology and the Vietnam National University-Hanoi.

In Southeast Asia, Thailand has 25 universities entering the ranking, while Malaysia has 19, Indonesia 18, and the Philippines, 5. — Vietnam News/Asia News Network 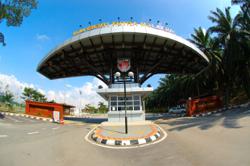