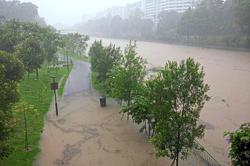 About 70 per cent of Singapore's coastline is currently guarded by hard structures, including sea walls and stone embankments. - ST

SINGAPORE (The Straits Times/ANN): To hold back rising sea levels and prevent flooding episodes in low-lying Singapore, the country will need to incorporate a mix of hard engineering solutions and soft armouring, tapping natural coastal barriers, for example.

Speaking at The Straits Times webinar on sea-level rise on Wednesday (April 21), Ms Hazel Khoo, director of the coastal protection department at national water agency PUB, said the country is looking at regional coastal barriers such as nature-based solutions, and methods to weaken wave energy, to tackle the threat of coastal erosion.

She had previously noted that about 70 per cent of Singapore's coastline is currently guarded by hard structures, including sea walls and stone embankments.

"What we will need to really protect Singapore from rising sea levels is to have a strong barrier that keeps the sea out.

"And with that regional protection, we can be assured that we can continue to have basements and more infrastructure development without compromising the resilience of our (urban) development," she said at the forum which comprised experts on sea-level rise and coastal protection.

Another panellist, Dr Zeng Yiwen from the Centre for Nature-Based Climate Solutions at the National University of Singapore, said nature-based solutions may be cheaper options in fighting rising seas.

Regenerating and conserving mangroves along some coastlines can guard the coasts by buffering storms while actively building up sediment to play catch-up with rising seas.

There are other benefits as well - mangroves are also able to soak up three times more carbon than forests.

While noting that nature can be a cheap alternative in some areas, Dr Zeng acknowledged that nature-based solutions may not be as extensively employed in land-scarce Singapore.

The impact of rising sea levels is clear. Khoo noted it will not just erode beaches and damage coastlines.

In 2018, seawater overflowed drains and canals around East Coast Park which lead to the sea.

Khoo said urban areas are also at risk of more flash floods caused by extreme and erratic rainfall that comes with rising temperatures.

Underground infrastructure such as MRT tunnels and basements housing shops may not be spared when the waters come.

To tame the stormwater, she said PUB has been using the 'Source-Pathway-Receptor' approach, which aims to make the entire drainage system adaptable to unpredictable weather.

For instance, PUB is looking at increasing and improving the capacity of the drainage system by widening and deepening the drains.

The agency is also looking at flood protection for buildings and key infrastructure, through setting the minimum platform level of buildings, for instance.

Meanwhile, critical infrastructure such as Changi Airport's Terminal 5 and the Tuas Port will be built at least 5m above sea levels.

It was announced in Parliament last month that studies at the coastlines of the City-East Coast stretch and Jurong Island will start this year, as the locations have been identified to be more vulnerable and critical due to their highly urbanised and industrialised nature.

The national water agency is also looking to engage the public on coastal adaptation measures.

Khoo said after the respective site-specific studies are completed, PUB intends to consult the public and experts extensively to develop optimal measures for the coastlines together.

Work has also begun on the Republic's first computer modelling system that can help predict how sea level rise and heavier rain could impact the nation. Called the Coastal-Inland Flood Model, it will help PUB predict and take steps to pre-empt flooding in different climate change scenarios.

But ultimately, the root problem of sea-level rise - planet-warming greenhouse gas emissions - must be tackled, reiterated Professor Benjamin Horton, director of the Earth Observatory of Singapore at Nanyang Technological University, and the webinar's third panellist.

"You need to remove the greenhouse gases to slow down the rates of (sea-level) rise, then we can adapt, then we can live along the coastline, we can work along our coastline, and our ecosystems can thrive," said Prof Horton.

"But if we don't get at the root cause, your adaptations are meaningless." - The Straits Times/Asia News Network 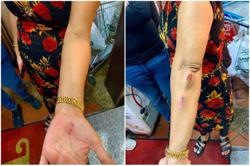