JAKARTA, April 19 (Reuters): Indian stocks slumped on Monday to hit their lowest in more than two-and-a-half months as coronavirus cases raged across many parts of the country, while Indonesian shares fell ahead of a central bank meeting on Tuesday.

Moves in Asian currencies and most other stock markets were mixed amid a lack of major catalysts. Stocks in Malaysia and the Philippines fell, while Singapore shares firmed slightly.

Fresh waves of Covid-19 infections across South and South-East Asia have sapped risk appetite in recent days, while weakness in currencies like the Russian rouble and Turkey's lira has weighed more broadly on emerging markets.

Indian shares fell nearly 3% as a record daily rise in infections raised concerns about new curbs in the world's second-most populous country. "The Covid-19 situation is getting out of control in India. Job markets are getting hampered, small businesses are getting shut due to cash-flow issues, and there is uncertainty on when things will improve," said Arnob Biswas, head of FX research at SMC Global Securities Ltd.

In Indonesia, investors await a policy meeting of Bank Indonesia (BI) for cues on how the central bank will support economic recovery as well as the rupiah, which is among the region's worst performing currencies so far this year.

Analysts expect BI to leave its key policy rate unchanged at a record low for the rest of the year, according to a Reuters poll. Jakarta stocks shed 0.7%, while the rupiah edged up on Monday.

Indonesia has struggled to sell its bonds amid a rise in US Treasury yields. Though yields fell last week, Morgan Stanley analysts said they believe the outlook for Indonesian bonds remains tough.

"Demand at INDOGB auctions has still been weak, and we think that, looking ahead, external factors such as US yields will likely remain uncertain," they said in a note.

"While the rates differentials between Indonesia and the U.S. are still wide, without BI hiking rates, the bonds and IDR would still face sell-off pressure." 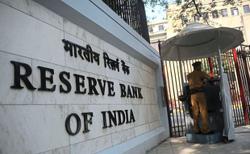