VIETNAMESE nationals living in the United States say although they are concerned about the increase in attacks on Asians, they are doing their best to maintain normality.

On Wednesday, politicians in America voted on a plan to advance legislation to strengthen federal efforts to address hate crimes directed at Asian-Americans.

It would create a new position at the Justice Department to speed up the review of hate crimes that are deemed related to the coronavirus pandemic.

On the same day, President Joe Biden named a liaison from his administration to the Asian-American Pacific Islander community.

Attacks targeting Asians living in the US have increased by almost 150% in the past year, many against women and the elderly.

Non-profit organisation Stop Asian American and Pacific Islander Hate completed a study last month which revealed that were 3,800 incidents were reported over a 12-month period during the pandemic.

It showed that women reported twice as many complaints as men.

Findings revealed that Chinese were the largest ethnic group (42.2%) that reported experiencing hate, followed by Koreans (14.8%), Vietnamese (8.5%) and Filipinos (7.9%).On March 16, a series of mass shootings took place at three massage parlours in Atlanta, Georgia. Eight people were killed, six of whom were Asian women.

That same month, an 83-year-old Vietnamese man in San Francisco was attacked while shopping.

But Vietnamese nationals said they are doing their best not let the attacks affect their daily lives.

Nguyen Thuy Duong lives close to where one of the spa shootings took place.

She said: “I felt a bit worried since it happened near the park that I sometimes visit with my family.”

Bui Do Thanh Phuong, who is studying in Massachusetts, said she had not experienced any form of racism, although she knew other Asian people who had.

She said: “My American friends here helped me a lot when I first came to the US. They all say they stand by Asian people. I believe them and hope that everything will be OK soon.”

Although Pham Thi Thu Trang lives in New York, she travelled to Georgia after the shootings and was surprised to see solidarity from a wide variety of nationalities.

“That means a lot to me because we need to stand together since this problem has a racial structure. It’s not only one person making it up.” — Vietnam News/ANN 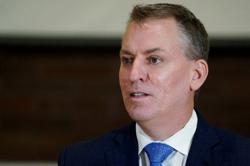 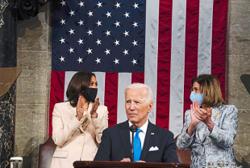