A production line of Samsung mobile phones in Vietnam. Vietnam raked in nearly US$14.1 billion from exporting phones and components in the first quarter of this year. - Vietnam News/ANN

HANOI, April 6 (Xinhua): Vietnam raked in nearly US$14.1 billion from exporting phones and components in the first quarter of this year, which accounted for 18.2 percent of Vietnam's total export revenue over the period, posting a year-on-year rise of 9.3 per cent, according to the country's General Statistics Office on Tuesday.

With that turnover, phones and components continued to be Vietnam's largest export item, followed by computers and electronic components, and garments and textiles.

In the three-month period, Vietnam also spent around US$4.9 billion in importing phones and their components, surging 48.1 per cent year on year.

In 2020, the country earned roughly US$50.9 billion from exporting phones and components, mainly to China, the United States and South Korea, posting a year-on-year decline of 1 per cent, said the office.

Vietnam recorded 11 new cases of Covid-19 infection on Tuesday, raising the total confirmed cases in the country to 2,648, according to the country's Ministry of Health.

The new cases included a foreign expert and 10 Vietnamese citizens who recently entered the country from abroad and were quarantined upon arrival, said the ministry.

As many as 2,422 patients have been given the all-clear, up six from Monday, the ministry said, adding that over 36,700 people are being quarantined and monitored. - Xinhua
Article type: metered
User Type: anonymous web
User Status:
Campaign ID: 46
Cxense type: free
User access status: 3 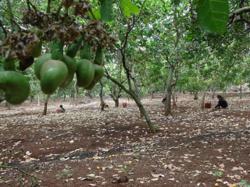 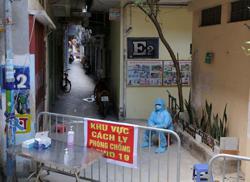