VIENTIANE (Vientiane Times/ANN): The construction of roads and railways connecting production zones to the Laos-China economic corridor is essential if Laos wishes to significantly benefit from regional integration.

Deputy Prime Minister and Minister of Planning and Investment, Dr Sonexay Siphandone, told the National Assembly recently that the government is concentrating on building a railway and an expressway as part of the Laos-China economic corridor.

“Basically, we are focusing on railway development, especially the construction of four major rail stations that will become the hubs of new modern towns. These towns will be connected to industrial parks and agricultural production zones in 10 provinces through the improvement of roads, ” the Deputy PM said.

The US$5.9-billion Laos-China railway, which is scheduled for completion at the end of this year, and the Vientiane-Boten expressway, have been incorporated into the government’s 9th five year socio-economic development plan for 2021-25.

The government has set up a taskforce to push for greater development of the two transport projects as part of China’s Belt and Road Initiative and Laos’ goal to transform its landlocked status to a land link.

Dr Sonexay reiterated that under the Laos-China cooperation programme, three sizeable new towns will be built.

The first town will be situated in China and the second will be located between Luang Prabang and Oudomxay provinces. The third town will be sited in Vientiane, in the Saysettha Development Zone.

In recent years, the Laos-China Cooperation Commission has been working with authorities in the 10 provinces and Chinese entities to further boost economic and tourism cooperation between the two countries.

In addition, Lao producers have been encouraged to grow crops for export to China. However, crops destined for export must comply with all the standards required by Chinese markets.

In the middle of March, senior officials from the Ministry of Public Works and Transport and Oudomxay provincial authorities visited the under-construction railway in Namor district where they witnessed the progress of construction of the railway and station.

The station in Namor district is one of nine main stations being built along the Laos-China economic corridor, which is designed to boost economic activities between China and Southeast Asian nations.

Authorities plan to improve Road No. 2 and other logistics routes in Oudomxay province to connect production sites to the railway and expressway. This is aimed at attracting more trade and investment along the economic corridor.

China is the largest foreign investor in Laos and a key trading partner. As of 2019, China had invested in 785 development projects with a combined investment value of US$12 billion.

Economists believe that the completion of all infrastructure projects and facilities along the Laos-China economic corridor will be a huge boost to economic activities and will bring more investment to the region. - Vientiane Times/Asia News Network 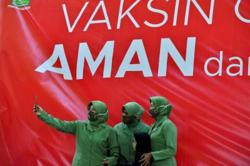 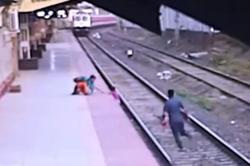