"With this arrival of 16 million doses, it means cumulatively we have received 53.5 million doses of vaccine in bulk," Deputy Health Minister Dante Harbuwono told a virtual press conference on Thursday.

From Soekarno-Hatta Airport, all the doses of the vaccine will be transported to state-owned pharmaceutical company Bio Farma in Bandung city, West Java province.

This is the seventh stage of the arrival of the Covid-19 vaccines in Indonesia. The first stage arrived on Dec. 6, 2020, with a total of 1.2 million doses of the Sinovac vaccine, and the second phase on Dec. 31, with 1.8 million doses of vaccine produced by the same company.

The next three stages were the arrivals of the Sinovac vaccine doses in bulk which were then further processed by Bio Farma. 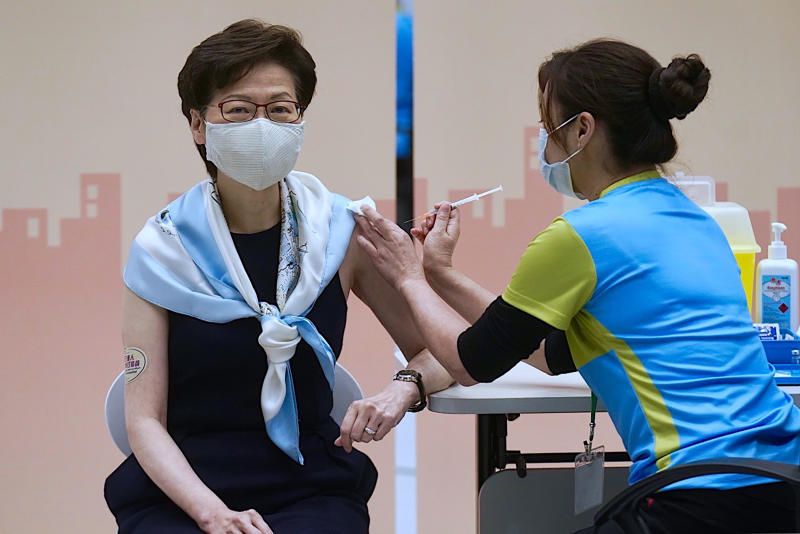 The sixth stage arrived on March 8, consisting of 1.1 million doses of vaccine researched by Oxford University and British pharmaceutical company AstraZeneca. This vaccine was obtained from the COVAX Facility organized by the World Health Organization.

Indonesia started the mass Covid-19 vaccination on Jan 13, with a target of 181.5 million people until next year.

So far, around 6 million people in Indonesia have received the Covid-19 vaccine jabs, including three million who have accepted the second dose.

According to the ministry, 4,656 more patients were discharged from hospitals, bringing the total number of recoveries from the coronavirus epidemic to 1,317,199.