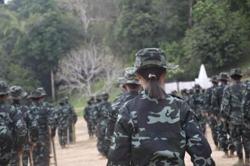 China has told its state firms to evacuate non-essential staff from Myanmar after dozens of Chinese-run factories were attacked on the weekend amid rising anti-China sentiment, according to sources within the companies.

In a notice seen by the South China Morning Post, the State Council’s State-owned Assets Supervision and Administration Commission (Sasac) ordered state-owned enterprises in Myanmar to evacuate staff involved in projects that had come to a halt.

Other staff to be pulled out of the country include those who have reached the end of their rotations, workers who have not yet been inoculated against the coronavirus, employees living on remote sites and those facing serious local situations, according to the notice.

One state construction firm employee working on an infrastructure project in Myanmar confirmed that he had received the instructions from Sasac, which oversees 90 national-level SOEs in China.

“We received it over the weekend when some Chinese-invested factories were attacked,” said the source, who requested anonymity as he was not authorised to speak to the media.

“In fact, almost all projects have already stopped here. We are discussing who shall stay back to watch developments. I think most of us will head home as nothing much can be done.”

In the notice, Sasac also ordered all SOEs in Myanmar to carry out emergency drills, making sure they had enough vehicles, fuel, food and other necessities for an evacuation.

A second state-firm source, who is involved in hydropower projects, also said he had received the instructions and the firm was already sending “non-essential staff” back to China.

“The colleagues who have been evacuated have reached China safely. Staff here in Myanmar have been told to stay in our compound, except to buy food and water,” he said.

“All the banks are closed, we have to find cash to buy supplies.

“We have to rely on our land lines to contact the embassy because the mobile networks keep cutting out. The situation is quite tense.”

Chinese in fear in Myanmar after attacks on factories

A Sasac spokesman declined to comment on the evacuation plan, and multiple phone calls to the Chinese embassy in Yangon went unanswered.

Beijing’s evacuation order to its SOEs came shortly after 32 Chinese-invested factories in an industrial zone in Myanmar’s commercial capital Yangon were reportedly attacked and burned by armed mobs, resulting in 240 million yuan (US$37 million) in property losses. Two Chinese workers were wounded in the attack, according to Chinese media reports.

Chinese foreign ministry spokesman Zhao Lijian did not comment on Monday on whether Beijing had any plans to evacuate its citizens.

But Zhao did say that Myanmar should “take further effective measures to stop all acts of violence, punish the perpetrators in accordance with the law and ensure the safety ... of Chinese companies and personnel in Myanmar”.

The attacks on Sunday occurred on the same day as government troops opened fire on protesters, reportedly killing more than 39 people. It was one of the deadliest days since the February 1 military coup that overthrew the democratically elected government led by Aung San Suu Kyi.

Despite the bloodshed, hundreds of thousands of protesters continued to demonstrate on the streets daily, demanding a return to democracy. Demonstrators have also massed outside the Chinese embassy in Yangon in recent weeks, calling on Beijing to condemn the coup. Beijing has said that it was not aware of the coup before it happened, and that it is not backing the military junta.- South China Morning Post 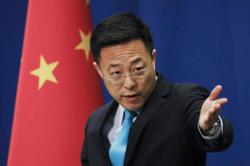