Protesters hold homemade shields during a demonstration against the military coup in Yangon on March 8, 2021. - AFP

BRUSSELS, March 8 (Reuters): The European Union is preparing to widen its sanctions on Myanmar's armed forces to target businesses they run, in protest at the Feb. 1 military coup, according to diplomats and two internal documents seen by Reuters.

The measures, which diplomats said could be agreed by EU foreign ministers on March 22, would target companies "generating revenue for, or providing financial support to, the Myanmar Armed Forces", said one of the documents dated March 5.

While the bloc has an arms embargo on Myanmar, and has targeted some senior military officials since 2018, the measures would be its most significant response so far since the coup.

EU diplomats told Reuters that parts of the military's conglomerates, Myanmar Economic Holdings Limited (MEHL) and Myanmar Economic Corporation (MEC), were likely to be targeted, barring EU investors and banks from doing business with them.

The conglomerates are spread throughout the economy from mining and manufacturing to food and beverages to hotels, telecoms and banking. They rank among the country's biggest taxpayers and sought partnerships with foreign companies as Myanmar opened up during the democratic liberalisation. 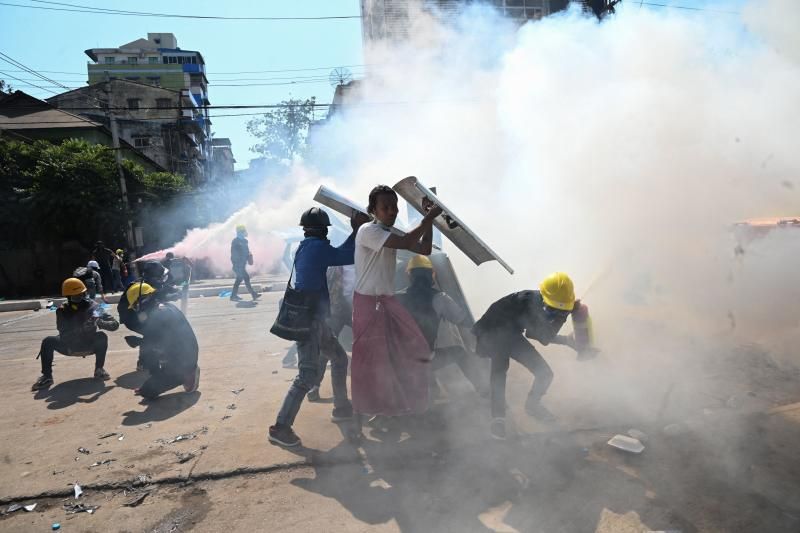 A U.N. fact-finding mission in 2019 recommended sanctions against the two companies and their subsidiaries, saying they gave the army extra sources of revenue that could finance human rights violations.

A Myanmar junta spokesman did not answer a call seeking comment on the EU's plan to broaden its sanctions.

Last week, the EU said it was suspending development funds to Myanmar, although it has so far declined to freeze trade preferences to one of Asia's poorest countries for fear of hitting mainly female workers in the textile sector.

German Foreign Minister Heiko Maas on Thursday said fresh sanctions were part of the EU's plans for economic punishment in response to the coup.

"With these measures, we are aiming very deliberately at the decision-makers in the military. Further options, such as the listing of economic companies of the military, are already on the table and can be taken shortly," Maas told the German parliament.

Like much of the West, the EU condemned the coup last month that unseated the government of elected leader Aung San Suu Kyi and EU foreign ministers called for her release and the restoration of civilian rule. However, such calls have been ignored, and police and military have killed more than 50 people to quell daily demonstrations and strikes against the coup, according to the United Nations last week.

The EU's expected new sanctions, which are under preparation this week, follow a U.S. decision last month to target the military and their business interests.

Additionally, the bloc is set to place asset freezes and travel bans on military officials and border guard police accused of the crackdown on protesters against the coup, the EU documents seen by Reuters showed, although names are still under discussion.

Suu Kyi's party won a 2015 election but the transition to democracy was brought to a halt by the coup that ousted her government as it was preparing to begin its second term after her National League for Democracy (NLD) swept a Nov. 8 election. 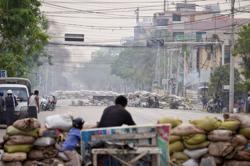