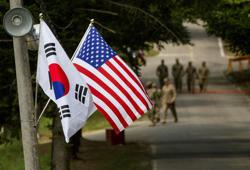 People are walking past a bank's electronic board showing the Hong Kong share index at Hong Kong Stock Exchange Monday, March 8, 2021. Asian shares were mostly lower on Monday despite hopes for a gradual global recovery after the US stimulus package passed the Senate over the weekend. - AP

TOKYO, March 8 (AP): Asian shares were mostly lower Monday despite hopes for a gradual global recovery after the US stimulus package passed the Senate over the weekend.

Oil prices pressed higher, with Brent crude surpassing $70 per barrel after OPEC chose not to lift production cuts. Oil prices surged late last week after Yemen rebels claimed they had attacked a Saudi oil facility. However, there were no signs of damage.

China’s claim to Taiwan, which split with the mainland in 1949 but is claimed by Beijing as its territory, is an "insurmountable red line,” he said. Separately, Wu Qian, a spokesperson for the Defence Ministry and a delegate to the congress, said that China would not "renounce the use of force and reserve the right to take whatever measures are necessary.” 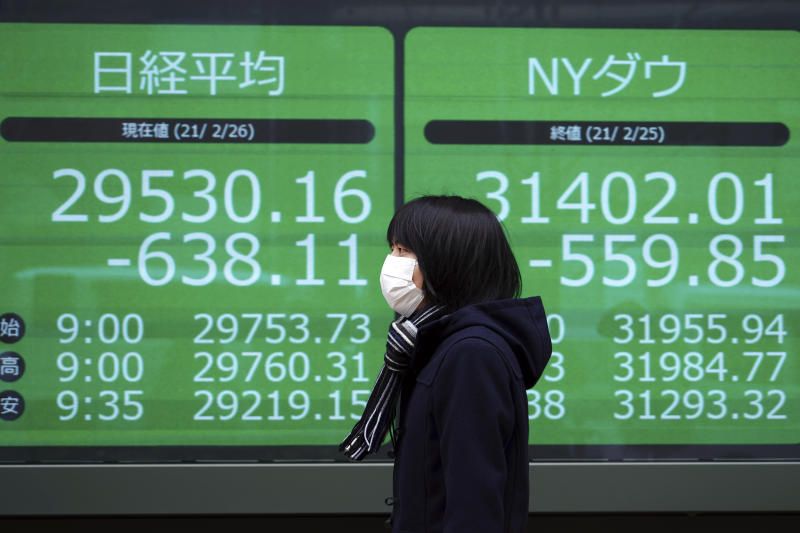 Beijing data released Saturday showed China’s exports surged 60.6% over a year earlier in the first two months of 2021, as factories reopened and global demand gradually recovered. The huge increase reflects a plunge in manufacturing and exports in early 2020 at the height of China’s coronavirus outbreaks.

The gradual vaccine rollout in most parts of the world is also boosting optimism, although it has hardly started in some Asian nations, including Japan.

Japan has extended a state of emergency for the Tokyo area for two more weeks through March 21, asking restaurants and other businesses to close at 8 p.m. as the government tries to keep the economy growing while curtailing the spread of Covid-19 infections.

The U.S. economic aid package, passed narrowly by the Senate on Saturday, provides direct payments of up to $1,400 for most Americans and extends emergency unemployment benefits. It's a victory for President Joe Biden and his Democratic allies as the final congressional approval is expected this week.

A US government report Friday showed employers added hundreds of thousands more jobs last month than economists expected and was an encouraging sign for the economy. But it also helped lift Treasury yields, adding to worries that rising inflation might end a spell of ultralow interest rates.

Rising oil prices are a part of that picture. After plunging with the onset of the pandemic, as demand plummeted, prices have been recovering in the past few months.

The devastating winter freeze that hit Texas and other parts of the southern United States last month knocked out production of roughly 4 million barrels per day of US oil and prices climbed above US$60 a barrel.

Last week, with oil prices rising, some observers were expecting the OPEC cartel and its allies to lift more restrictions and let the oil flow more freely. But OPEC agreed to leave most restrictions in place, despite growing demand. 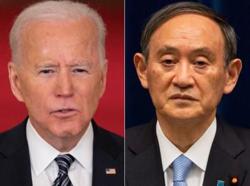