Aview of the Great Hall of the People in Beijing where the two sessions are taking place. - Xinhua

BEIJING (Xinhua): As national lawmakers and political advisors are gathering for the "two sessions," the world is keeping a close eye on how China's annual political event will guide and influence the country's development for the years ahead.

This year's gathering, which has returned to the regular March schedule after last year's postponement due to the Covid-19 pandemic, takes on special importance.

China, a country with a population of 1.4 billion, has just declared a complete victory in eradicating absolute poverty, and will embark on a new journey with the next five-year plan.

During the "two sessions," lawmakers will discuss the economic and social development plan for the 2021-2025 period as well as the long-range objectives through the year 2035.

The blueprint that will guide China's development has attracted much global attention.

In the coming years, China will move faster to pursue a new development pattern featuring "dual circulation," where the internal and external markets can reinforce each other, with the domestic market as the mainstay.

In this process, the world community expects China can give full play to the advantage of its super-large market and continue to expand it by boosting domestic consumption.

The world economy is struggling with a deep recession under the shadow of the pandemic. As the virus is still spreading, the road to recovery will be long and highly uncertain.

China has largely brought the pandemic under control and became the only major economy with positive growth last year, and that will give more certainties and possibilities to the world in this stormy moment.

Global investors have cast their votes of confidence in the Chinese market.

According to the United Nations (UN) Investment Trends Monitor report in January, global foreign direct investment in 2020 has slumped by 42 per cent from US$1.5 trillion in 2019, while China saw a 4-per cent increase in this field in the same year.

"This is a consensus not only among Japanese companies, but also among world-class companies."

As the global fight against poverty has also been beset by the pandemic, many countries are looking to draw inspirations from China in this regard, and to learn more about China's plan for the next stage of development through the "two sessions."

Poverty has long been a hard nut to crack for the world, and the pandemic makes the problem all the more difficult to solve.

According to the latest UN World Economic Situation and Prospects, job and income losses have pushed an estimated 131 million more people into poverty in 2020.

China, however, did not give up on delivering its promise to end absolute poverty in the country in the face of the pandemic.

By doing so, China has blazed a poverty reduction path and formed an anti-poverty theory with Chinese characteristics. It has also set an example for many other developing countries facing similar challenges.

In the next five years, China will continue to promote multilateralism and build an open world economy with its global partners so as to boost common development.

Last year, China signed the Regional Comprehensive Economic Partnership free trade deal with 14 other countries, and concluded negotiations for an investment agreement with the European Union.

Those achievements were truly hard-won against the backdrop of a raging outbreak and rising tide of isolationism and protectionism.

The "two sessions" will show the world China's continued commitment to greater openness and closer cooperation on the world stage.

China has been a valuable partner, Serbian legislator Zarko Obradovic said, noting that China has shared development achievements through the Belt and Road Initiative and others.

The global community has been overshadowed by a prolonged pandemic and slow recovery for quite some time. It is hoped that those around the world who are searching for ways to get back on their feet can find in China confidence, new impetus and inspirations, and press forward. 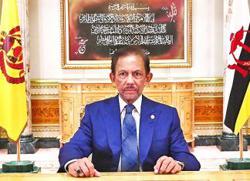