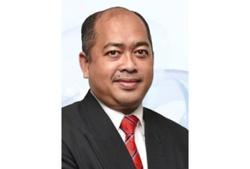 With many major roads still blocked by demonstrators and with some drivers still protesting, trucking availability into and out of ports remains affected. - AP

About 100 containers a day are moving out of Yangon’s four main ports, said Myo Htut Aung, joint secretary of the Myanmar Container Trucking Association, down from an average of 800 boxes before the coup.

About 90% of the city’s 4,000 container-truck drivers have halted work, he said.

The situation may add to a global container shortage triggered by the pandemic as government lockdowns to curb infections limit travel and consumers buy more goods.

Spot rates for transporting 40-foot boxes rose 50% on average in 2020, according to World Container Index data and Bloomberg Intelligence.

"If drivers don’t pick up goods, all the containers have to be kept at the ports.”

Massive protests opposing the Feb 1 coup have persisted in defiance of a military ban on public gatherings, with hundreds of thousands of people flooding streets across the country during a nationwide strike on Monday.

The coupmakers have urged civil servants to get back to work, insisting they will hold a fresh election after a yearlong state of emergency. Three protesters have been killed in clashes with police so far.

Truck drivers have said they will transport essential food, medicine and fabrics for factories but only about 30% of normal container volumes are moving through Yangon’s ports via truck, said Kyaw Lwin Oo, vice chairman of the Myanmar International Freight Forwarders’ Association.

The disruptions could impact the global textile and garment industries.

Myanmar imported more than $1 billion in woven fabrics and sold about $2.4 billion in suits in 2019, according to the World Trade Organization.

Apart from fuels, the country’s top purchases include medicines and motorbikes, which are typically shipped in containers.

Myanmar’s top trade partners in 2019 were China, Thailand and Singapore, according to International Monetary Fund data compiled by Bloomberg.

Other international shipping lines are also worried about port congestion and have cut sailings to the country or halted new bookings in anticipation of further delays, according to the Myanmar International Freight Forwarders’ Association and maritime consultant Drewry.

However, with many major roads still blocked by demonstrators and with some drivers still protesting, trucking availability into and out of ports remains affected, he said.