VIENTIANE, Feb 21 (Vientiane Times/ANN): Lao people across the country on Sunday cast votes to elect their representatives to seats in the National Assembly (parliament) and Provincial People’s Councils (provincial parliaments).

The National Election Committee and local election committees have been campaigning to encourage all 4,280,000 eligible citizens to vote in the election, which takes place every five years. Voting on Sunday took place from 7am to 5pm.

Village authorities turned on community radios and loudspeakers early in the morning in a final effort to persuade everyone to exercise their right to vote.

Authorities in Nongbone village, where President Bounnhang cast his vote, said they had circulated documents and information about the election to voters several weeks before election day to make sure everyone was fully informed and encourage people to exercise their right to vote.

“For those who are unable to come to the polling station, such as people who are ill, we have mobile teams to reach them and give them the chance to vote,” Nongbone village Head Souvanh Khounnivong told reporters.

President Bounnhang and his wife Mrs Khammeung Vorachit went to vote at the polling station at Nongbone village temple at about 8:30 am – about one hour after it opened – to join their compatriots in exercising their right to vote.

Some 224 candidates from all 18 constituencies are contesting 164 seats in the National Assembly and 788 candidates are competing for 492 seats on Provincial People’s Councils.

Prime Minister Thongloun and his wife Naly Sisoulith arrived at the polling station at the Thaphalanxay village office, Sisattanak district, at about 8am, joining villagers to elect representatives to the two parliaments.

People across the country appeared to be fully informed about the voting process and eager to participate.

As many as 85 percent of registered voters turned up at the polling station at a temple in Chiengchai village in Sing district, Luang Namtha province, to vote by 10:15 am, local media reported. - Vientiane Times/ANN 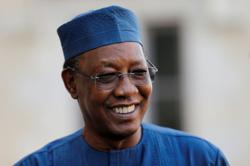