Vietnam's President Nguyen Phu Trong greets media at a news conferance after he is re-elected as Communist Party's General Secretary for the 3rd term after the closing ceremony of 13th national congress of the ruling communist party in Hanoi on Feb 1, 2021. - Reuters

The party’s newly elected central committee also chose 18 members of the Politburo, which in turn nominates candidates to be prime minister, president and chair of the National Assembly. The parliament will vote on the nominees, whose names were not officially released, later this year. The selection process occurs in secret and involves political compromises for party unity.

"There will be many opportunities and advantages, but also lots of challenges and difficulties that are unpredictable,” Trong said during a closing ceremony speech Monday (Feb 1), a day after his re-election. "Therefore we must not be negligent, must not be complacent, arrogant. We have to be humble and learn more to deserve people’s trust.”

Trong, 76, known as a staunch anti-corruption crusader, has endorsed Vietnam’s continued integration with the global economy. He and the other leaders will face the immediate task of reviving the nation’s export-dependent economy amid the global pandemic, navigating growing tensions between the U.S. and China -- its most important trade partners -- and managing increasing territorial disputes in the South China Sea.

"Domestically, they will try to maintain robust economic growth by pursuing further business environment reforms, stamp out corruption and deal with some urgent problems such as environmental pollution and climate change,” said Le Hong Hiep, an expert on Vietnam’s economy and politics at think tank ISEAS-Yusof Ishak Institute in Singapore.

"Externally, they will continue to pursue open trade and investment, while trying to manage the South China Sea dispute peacefully and navigating the turbulences generated by intensifying U.S.-China competition,” he said. 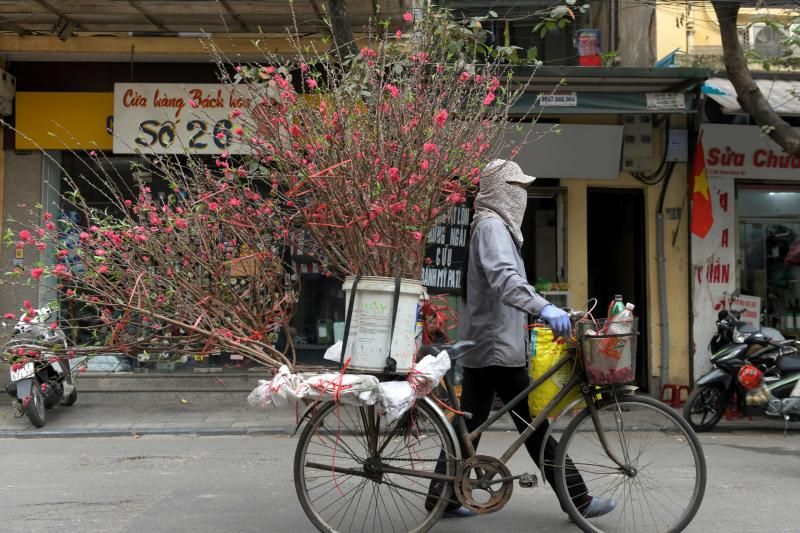 Trong will be the longest-serving general secretary since Le Duan, who held it from September 1960 until his death in July 1986. Some observers have speculated that the party chief, who has had past health issues, may step down before the end of his third term. He also became president in 2018 following the death of President Tran Dai Quang, though analysts expect him to relinquish that role after the parliament votes on a new president.

Trong, during a media briefing, said he didn’t seek a third term, preferring to retire because, "I’m old and not in good health.”

However, he vowed to continue his "blazing furnace” campaign against graft after overseeing arrests of hundreds of party members, including a former politburo member sentenced to prison, for corruption during his previous term. "This anti-corruption fight is still very hard,” Trong said.

"We aim to make our country a developed country, following the socialist orientation, by the middle of the 21st century,” Trong said.

The National Party Congress ended a day earlier than planned amid a new virus outbreak.

Vietnam, which has signed more than a dozen trade agreements in recent years, is increasingly linked to the global economy. The nation’s foreign policy goals are expected to remain the same -- increasing closer ties to the U.S., its largest export market, while managing South China Sea territorial tensions with China, which supplies materials and equipment to Vietnamese factories.