Hong Kong customs has arrested the director of a mask manufacturer and a chain cosmetic store manager over face coverings which were found with a bacterial count exceeding safety limits by 12.5 times, prompting the brand to withdraw the items from sale.

The coloured and patchwork printed, limited edition protective gear were produced by Family Mask. The masks, claimed to have attained “ASTM Level 3” standards, were packed in bags of five and sold for HK$15 (US$2) per pack.

Customs and Excise Department officers test-purchased 16 samples of surgical masks with colours and patterns from the market. The Family Mask version, which came in a pack of five from a cosmetics chain’s retail shop in Jordan last December, was found to have contravened the Consumer Goods Safety Ordinance due to the high bacterial count.

Upon getting the test result, officers on Wednesday seized 302 bags, or 1,510 pieces, of the masks from three retail stores of the manufacturer as well as nine cosmetics shops under a chain. 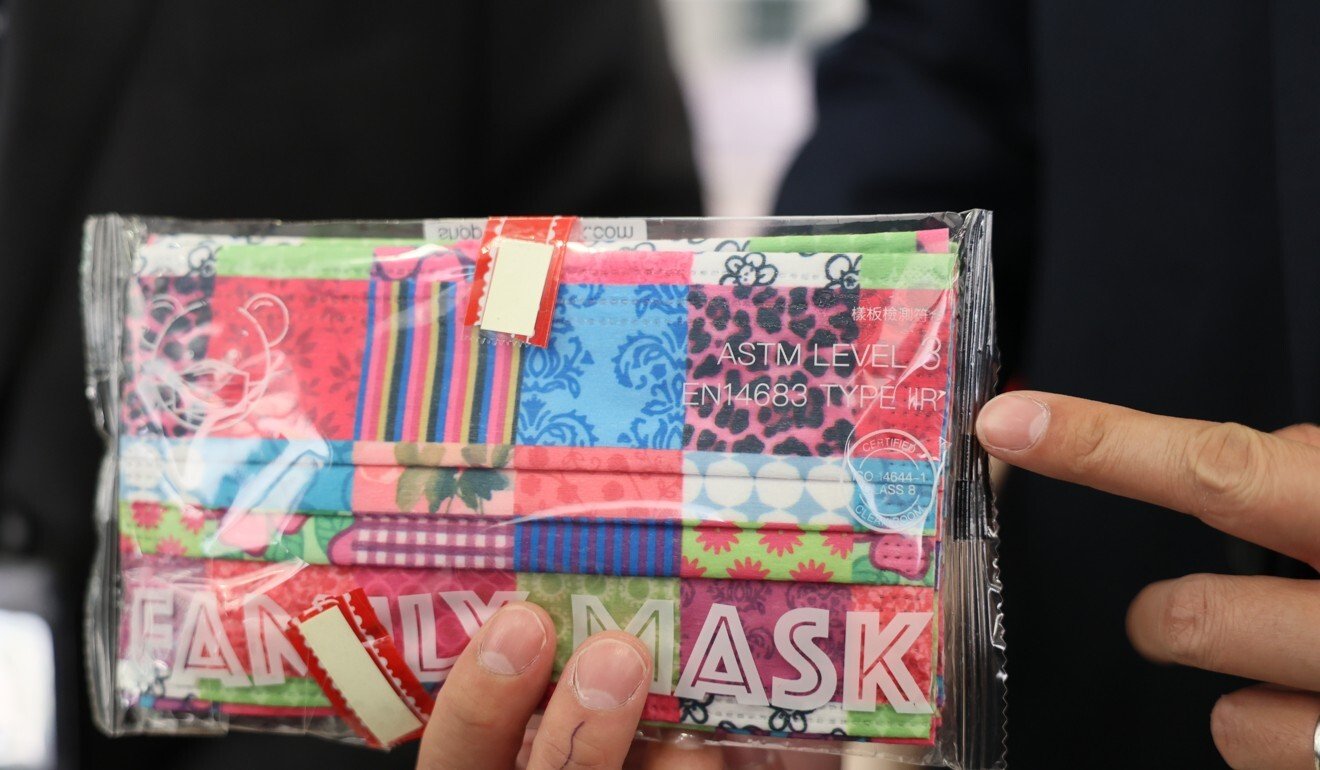 A customs official said the HK$4,530 haul was produced in a dust-free factory room in Kowloon.

“Customs appeals to members of the public to stop using these masks, and traders should remove the product from shelves as well,” the official said on Thursday, adding that other masks produced by the company were not found to have violated any rules during checks.

“Customs will further examine the masks to establish the types of bacteria present. The masks were not found to be on sale anywhere else apart from the shops of the cosmetics chain and the retail stores of the manufacturer connected with the case,” the official said, adding that inspections were carried out in retail stores in various districts.

A 47-year-old female manager of the cosmetics chain and a 56-year-old male director of the manufacturing firm were arrested. They have been released on bail pending further investigation.

Family Mask has apologised to customers over the findings, and said it had stopped products of the affected batch from being sold. It also said it would recall the products. 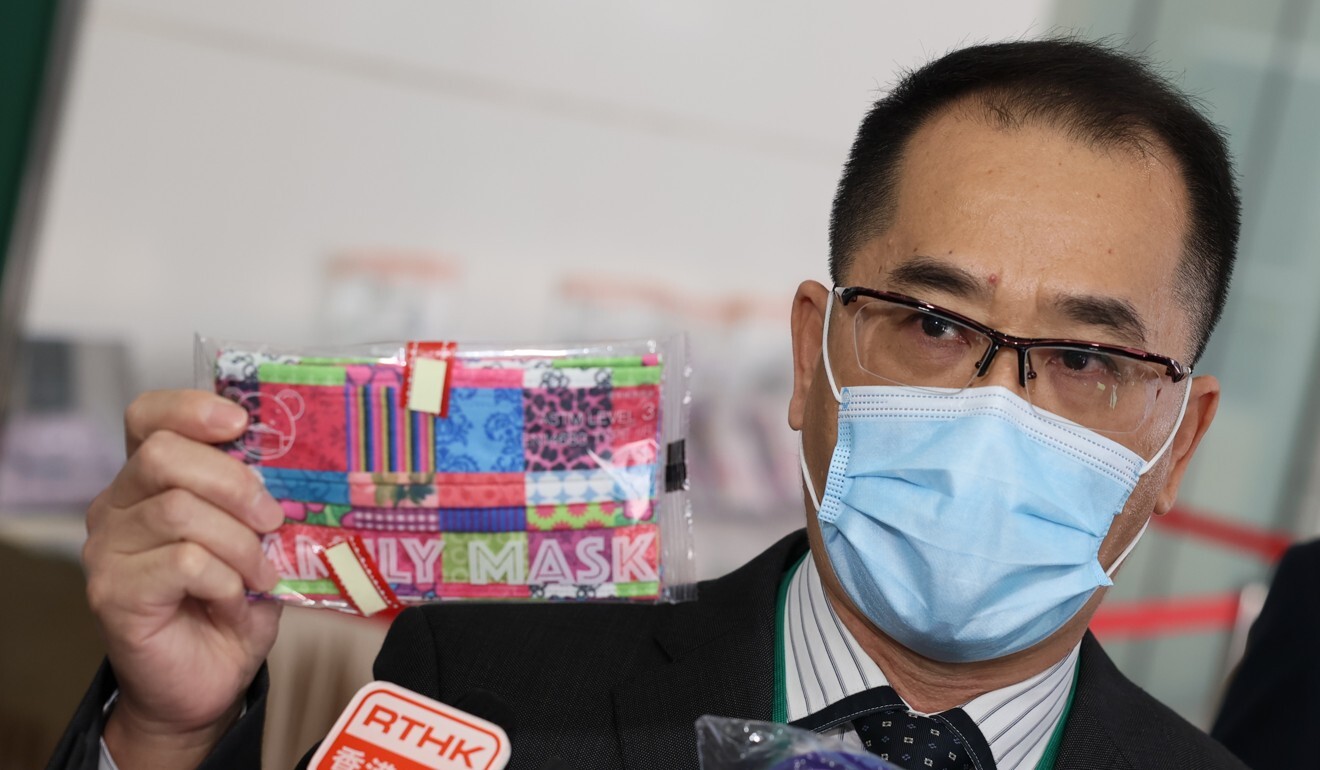 “The raw materials were produced at 200 degrees Celsius. The contamination might have occurred during the packaging process,” the manufacturer said on its Facebook page.

“We sincerely apologise for causing anxiety and troubles to our customers and retailers. We are willing to bear the responsibility.”

Customs officials in January last year launched a citywide operation code-named “Guardian” to check the quality of masks being sold in the market. They have so far conducted more than 40,000 spot checks, test purchases and inspections in various districts.

Officers have tested 734 out of 760 types surgical masks they bought in the market.

Some 12 types of masks were found to have bacterial counts exceeding the permissible limit by up to 22.6 times during inspection between March and December last year.