HONG KONG (Reuters): The operator of Hong Kong’s main airport has sold bonds for US$1.5 billion to fund development of a third runway, its first deal offering US-based investors the opportunity to participate.

Airport Authority Hong Kong said in a statement it had raised US$900 million in 10-year notes and US$600 million in 30 year bonds, the longest paper it has issued.

The transaction was the second aviation deal in Hong Kong this week after Cathay Pacific raised US$870 million in five year convertible bonds to help the airline shore up liquidity.

Demand for the 10-year notes reached US$4.4 billion and the 30-year demand was US$4.1 billion, the statement said. At those levels, the deal was 4.9 times and 6.8 times oversubscribed.

Final pricing was set with a yield of 1.71 p cent for the 10 year note and 2.64 per cent for the longer date bond, respectively 35 and 40 basis points tighter than initial guidance given by bookrunners earlier this week.

Construction of the airport’s third runway is expected to be finished in 2022 and should be fully operational by 2024, according to the airport’s website. 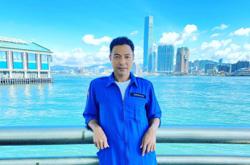