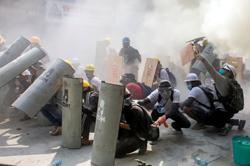 Traders uploading the truck full of flowers at Dounan Flower Market in Yunnan, China. - The Star/ANN

KUNMING (Xinhua): A handful of seashells are on display in a museum in southwest China's border province of Yunnan, recording the country's past history of international communication.

Archaeologists believe that the seashells, imported from South and Southeast Asia over 2,000 years ago, were used as both currency and an important commodity in Yunnan.

Today, they embody the long-standing economic ties between China and the region.

Bordering Myanmar, Laos and Vietnam, Yunnan has been a frontline of interconnection and exchanges between China and the Association of Southeast Asian Nations (Asean) countries, said Chen Lijun, vice president of the China (Kunming) Academy of South and Southeast Asian Studies.

In 2020, China and the Asean for the first time became each other's largest partners.

The Kunming Dounan Flower Market is the largest fresh cut flower trading market in Asia, from where flowers are loaded and arrive in Bangkok of Thailand in about 40 hours via the highway between the provincial capital of Kunming and Bangkok, Thailand.

It is estimated that some 8 million or 10 million flowers are sold from the market overseas, among which 20 per cent to 30 per cent are purchased by buyers from South and Southeast Asian countries.

According to the provincial transport department, Yunnan has been pushing forward infrastructure construction to boost interconnectivity with its neighbouring countries.

The Yunnan sections of international expressways leading to Vietnam, Laos and Myanmar have been opened to traffic. In late 2020, the Dali-Lincang high-speed railway was put into use.

"We used to say we were in outlying border regions, but now we are at the forefront," said Lu Shaoyun, deputy director of the Lincang development and reform commission.

The Kunming-Vientiane railway linking Yunnan with Laos, another key project, is expected to be opened this year, allowing trains to travel between the two cities in one day.

The improved infrastructure has paved the way for Yunnan to build a global logistics center, with flower being the main commodity, according to the provincial authorities.

Siddhant Subedi was learning how to select and make tea in a Kunming-based training class.

Curious about many aspects of Chinese culture, the 22-year-old Nepali student chose to study business administration after learning Chinese for one year.

"Since I was a kid, I have been fascinated by China," said Subedi.

In recent years, Yunnan has accelerated international exchanges and cooperation in education. Many overseas students like Subedi chose Yunnan to further their studies.

In 2019, universities and higher education institutions in Yunnan enrolled 16,600 overseas students from 115 countries.

Since the outbreak of the Covid-19 epidemic, Yunnan has sent medical experts to Laos and Myanmar to aid the countries in fighting the disease and donated medical supplies and equipment worth over 46 million yuan (about US$7.05 million) to more than 20 countries, said Zhu Wenzhong, with the provincial foreign affairs office.

The province has also sent 27 batches of medical teams to neighbouring countries to perform free cataract surgeries on 5,287 patients.

Moreover, over 40,000 children in Cambodia, Myanmar, Laos and other countries were screened for congenital heart diseases with the province's help.

It is winter, but the atmosphere is fiery in a fruit transaction market in Wanding, a city sitting at the China-Myanmar border.

Following epidemic-control procedures, workers were loading watermelons from Myanmar onto trucks bound for the Chinese inland and coastal cities.

"Every winter, the watermelon yield is low in China, and we import more than 30 tonnes of watermelons daily from Myanmar and sell them to the northern regions," said Hou Xianhua, a businessman from the central province of Henan.

Meanwhile, at a workshop 40km away, motorcycle production lines are running as normal. Despite the impact of the epidemic, more than 300,000 motorcycles were exported to Myanmar in 2020.

"After years of market development, our products are becoming more popular in neighboring countries," said Fang Wei, a manager of the motorcycle plant.

Hao Yishan, deputy head of the provincial commerce department, said that Yunnan's trade partners have expanded to 206 countries and regions, with Asean long remaining the largest one.

Its trade with South Asian and Southeast Asian countries soared to $17.4 billion, an annual average growth of 5.4 per cent.

In 2020, the foreign trade of the Yunnan pilot FTZ reached 71.79 billion yuan, surging 91.4 per cent year on year, driving the overall growth of Yunnan's foreign trade by 14.8 percentage points. 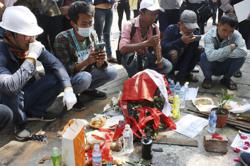 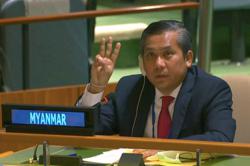