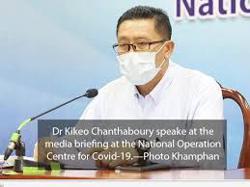 VIENTIANE (Vientiane Times/ANN): Japan on Wednesday (Jan 20) presented 30 patrol cars worth US$1.92 million to the Ministry of Public Security (Laos) in Vientiane.

The grant aid is being used to provide the Lao government with both anti-terrorism and security enhancement equipment aimed at contributing towards social and economic development in Laos by strengthening their capacity to maintain public security.

The Japanese Grant Aid is for the Economic and Social Development Programme for the public security sector in Laos.

The patrol cars, along with other equipment such as X-ray detectors and SUV cars, are the first items to be delivered.

“It is our great pleasure to hand over this anti-terrorism equipment at the beginning of the 60th anniversary year of the establishment of the Lao PDR Public Security Forces.

" I strongly believe that security and development in Lao society will lead to peace and prosperity in the whole region”, said Takewaka at the ceremony. - Vientiane Times/Asia News Network