A doctor is vaccinated against Covid-19 at Gleneagles hospital in Singapore on Jan 19, 2021. - Reuters

SINGAPORE (The Straits Times/ANN): There were 38 new coronavirus cases confirmed as at noon on Thursday (Jan 21), taking Singapore's total to 59,195.

They included 34 imported cases, of which 33 had been placed on stay-home notices on arrival in Singapore.

The remaining case tested negative for Covid-19 upon arrival in Singapore on Sunday (Jan 17), and was on a controlled itinerary during his stay here. He subsequently tested positive for Covid-19 infection on Wednesday.

There were four community cases and none from workers' dormitories.

More details will be announced on Thursday night.

On Wednesday, the number of new cases in the community increased to 18 in the past week, from four in the week before.

The ministry also reported a new local coronavirus cluster - the third discovered in recent weeks -- after three of the four community cases were linked to a previous case.

The three cases were linked to the case of a 39-year-old permanent resident who works in sales at BS Industrial and Construction Supply in Kallang. He tested positive for the virus on Monday.

All of them are his co-workers, and MOH said that investigations are ongoing to assess if there was a breach of safe management measures in their workplace.

"The Government takes a serious view of any breach and will take actions should there be non-compliance," it said in the statement.

Two of the three did not seek medical attention after developing symptoms.

The first linked case is a 27-year-old Malaysian work pass holder who works in sales at BS Industrial and Construction Supply.

He developed a sore throat on Jan 14 but did not seek medical treatment and continued to go to work. He was contacted by MOH on Monday after being identified as a close contact of the original case, and subsequently tested positive on Tuesday.

The second case is a 29-year-old Malaysian national who is also a work pass holder and works in sales at the same company.

She developed a sore throat and had difficulty breathing last Saturday but continued to go to work as well as interacted with members of the community, said MOH.

The woman also tested positive after being identified as a close contact of the original case.

The final linked case is a 28-year-old Malaysian who is also a work pass holder and works in finance in the same company. She developed a cough on Tuesday- - the day she was placed in quarantine. She later tested positive for the infection.

The fourth community case was unlinked to this cluster - a 46-year-old Indian national who is a work pass holder working as a software engineer at Apar Technologies in Shenton Way.

He is asymptomatic and his infection was detected when he took a pre-departure test on Tuesday in preparation for a trip back to India.

With 32 cases discharged on Wednesday, 58,911 patients have fully recovered from the disease.

A total of 45 patients remain in hospital, including one in the intensive care unit, while 197 are recuperating in community facilities.

Globally, the virus outbreak, which began in December 2019, has infected more than 96.1 million people. More than two million people have died. - The Straits Times/Asia News Network 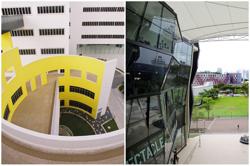 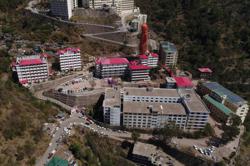