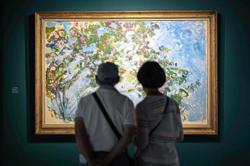 An antibacterial baby lotion sold in China has been pulled off the shelves and its producer’s facilities shut down after a five-month-old on whom it was used grew a protruding forehead and cheeks covered in hair and saw her weight balloon. Tests showed a high concentration of a potent steroid had been illegally added to the product.

The girl’s distraught parents said that after using the antibacterial cream, Yifuling, on their daughter they had watched her weight balloon to 11kg (24 pounds), while fine hairs covered her now protruding forehead and cheeks. They said she had also suffered developmental delays and stunted growth.

The parents used the cream to combat her infant eczema. The girl’s father said they initially feared the mother’s breast milk had caused the disfiguration, but that possibility was ruled out when doctors found no abnormalities.

With their baby’s condition worsening, the worried parents took the infant – nicknamed Pomelo – back to hospital, where a nurse realised that other babies had been brought in with the same symptoms. 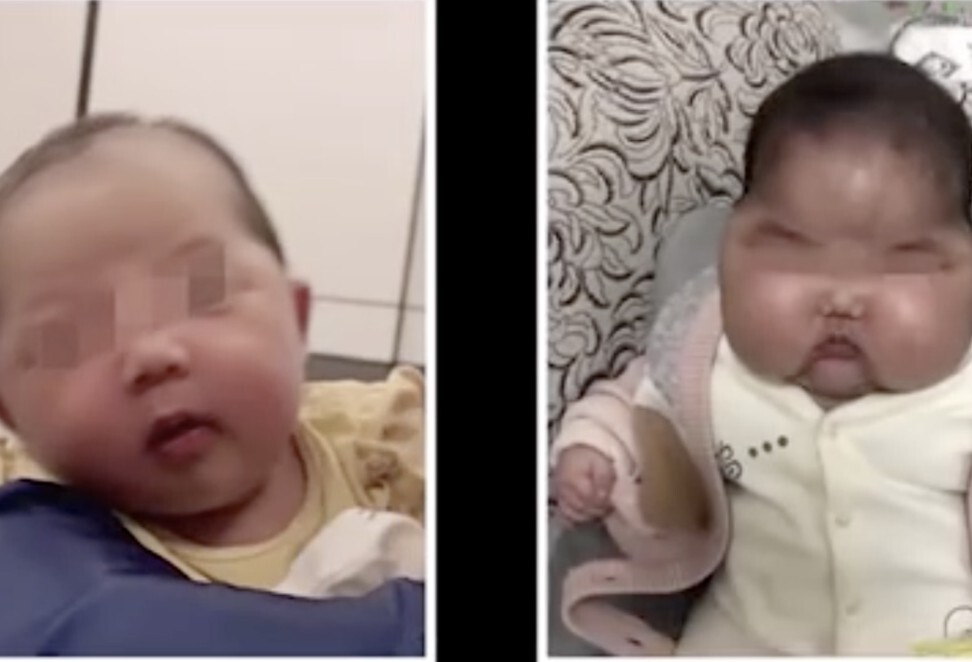 “I remember a nurse asked us if we have used any cream containing hormones,” the girl’s father, surnamed An, said on state-controlled channel China Central Television. “She said she had already seen four other babies in the same situation.” Steroids are a form of hormone.

The mother told the nurse they had been using Yifuling Multi-purpose Anti-bacterial Cream – made by Fujian Ouai Ying Tong Healthcare Products Company Ltd, based in Zhangzhou, Fujian province. When the couple complained, the manufacturer denied it contained hormones and threatened the girl’s mother with legal action, according to media channel ET Today. It advertises the cream as hormone-free.

Desperate to help their little girl, the parents turned to science blogger Daddy Wei, who tested the product and was left “speechless” by the results. They showed it contained a high concentration of the corticosteroid clobetasol propionate.

Corticosteroids are synthetic substances similar to cortisol, a natural hormone, and are classified as steroid hormones.

“We have tested hundreds of [allegedly problematic] cosmetics in the past few years. It’s very high above the standard – some of them contained less than 1 mg of hormone [per kg], but this cream for use on babies has over 30 mg”, said the vlogger Wei Wenfeng, the founder of Daddy Lab that carried out the testing. 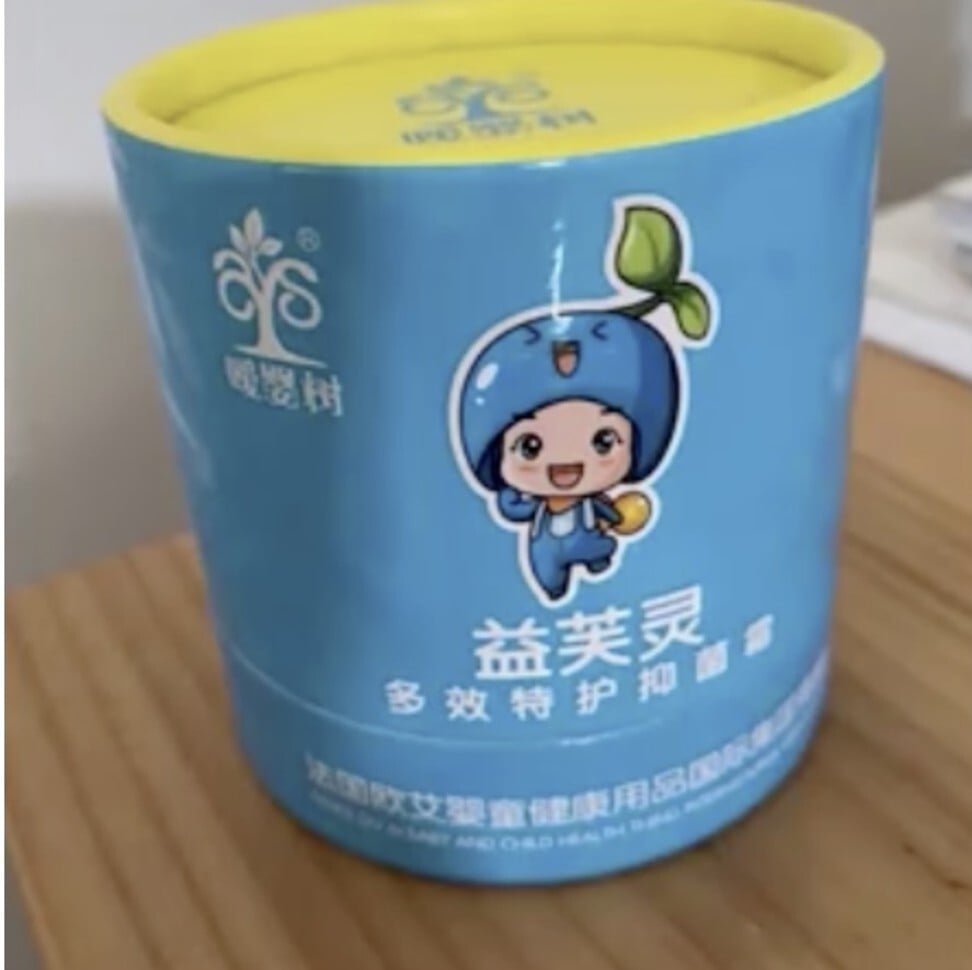 Clobetasol is a powerful steroid used to treat skin conditions such as eczema and psoriasis. Doctors recommend that it be used only in the short term and only for severe skin conditions that have not cleared up with the application of less powerful creams.

Ai Si, a paediatric specialist from Fujian Provincial People’s Hospital, said it was illegal to add hormones to baby creams in China. “Clobetasol propionate is a very strong steroid, with strong side effects. Long-term application or high doses will affect children’s growth,” she told the state-run Xinhua News Agency. 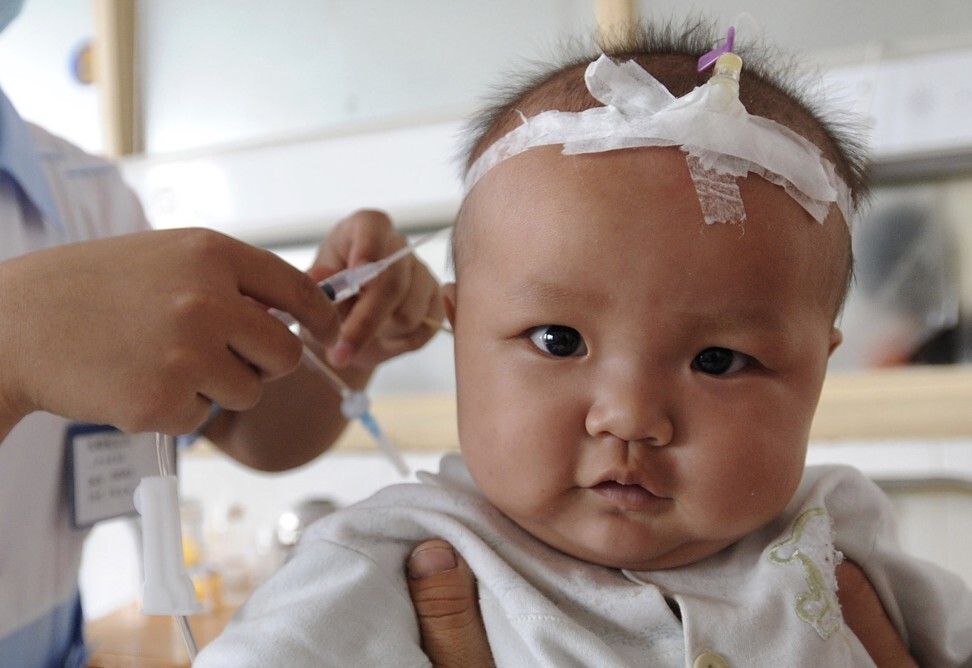 The health commission in Lianyungang, a city in Jiangsu province, launched an urgent investigation, halted sales of the cream – branded Yifuling and Happy Forest – and recalled 129 bottles out of 1,200 the company had distributed in Lianyungang and the nearby city of Suqian.

In 2019, on its WeChat account, the manufacturer published an “authoritative” testing report which showed that the product did not contain hormones, according to news portal Thecover.cn. The company’s factory operations have been suspended pending the outcome of official tests on the cream.

“Before [using] our product, they have already used several other creams. Maybe it’s other products that led to the baby’s problem,” Hu Yonglin, a representative of the manufacturer, told Xinhua. “Whether there is an excessive amount of hormones depends on the testing result from an authoritative institution.” 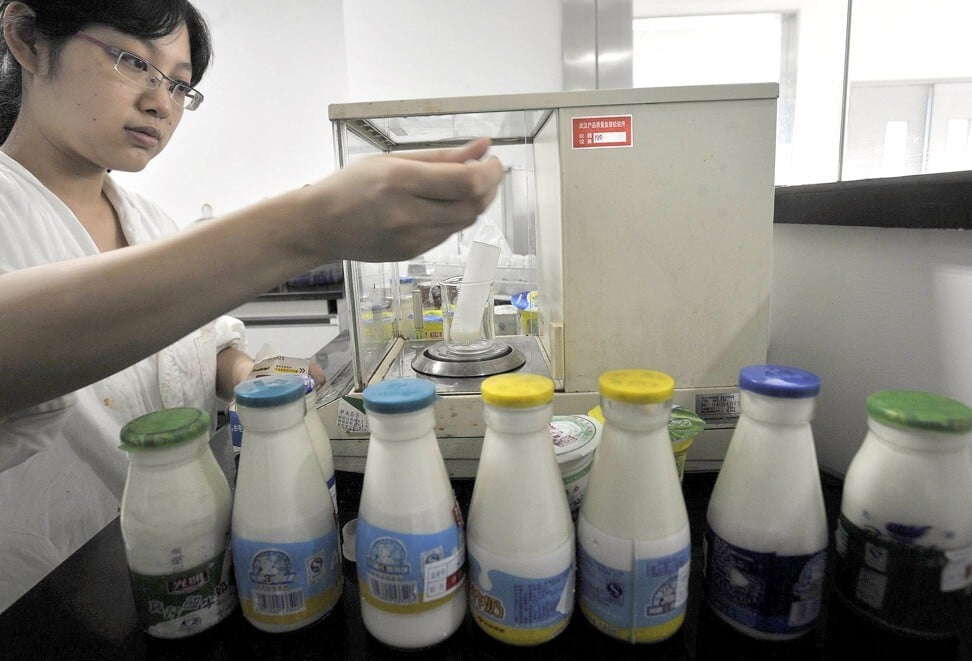 This is not the first time that the health of China’s babies has been put at risk by substandard products. In 2008, at least six babies died and more than 300,000 fell ill with kidney problems after drinking powdered milk from state-owned Sanlu Group that was substandard and had been adulterated with melamine to artificially raise its protein content. Melamine is a chemical compound used in laminates and glues and to make hard plastic tableware.

The incident made headlines around the world. Two people convicted of crimes related to the incident were executed, three more sentenced to life imprisonment, and two others to 15-year prison sentences. Seven local government officials were fired.

In 2020, authorities in Hunan province began an investigation after complaints from some parents that their babies developed a condition called rickets – in which their bones are deformed because of an extreme calcium and/or vitamin D deficiency – after drinking a “special medical baby formula” which was in fact a solid protein drink. The store selling the product was fined 2 million yuan (US$300,000).

Two years ago, the State Administration for Market Regulation reported that at least six baby creams on popular e-commerce websites were found to have high levels of hormones, prompting health authorities in Jiangxi province to investigate. 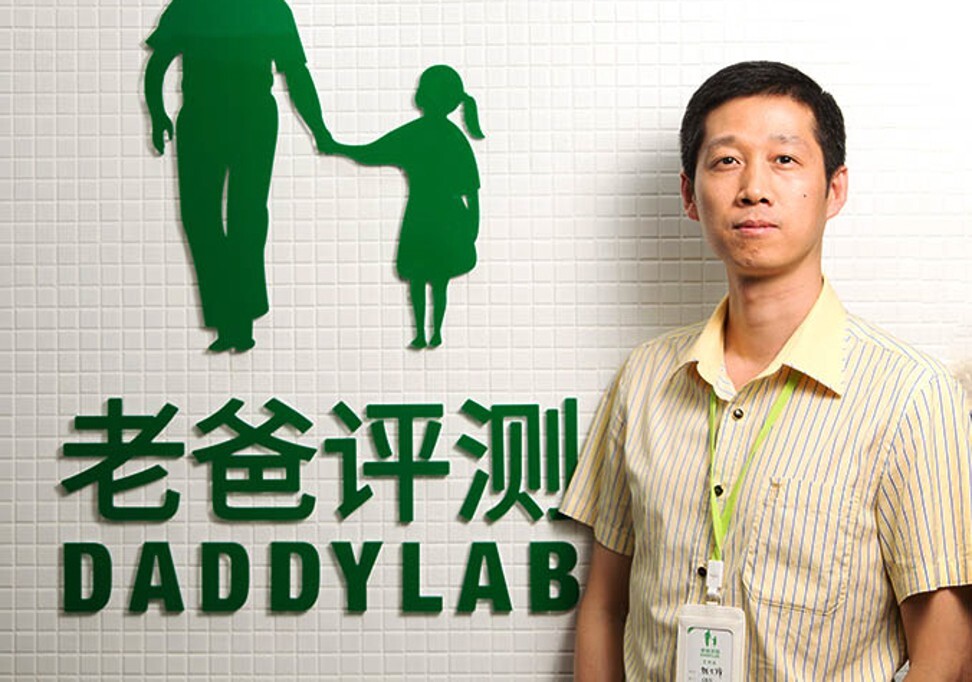 While people in Jiangsu wait for the results of the tests by a third-party testing centre ordered by the local health commission, Pomelo’s extended family are still reeling in horror at her ordeal and urged the manufacturer to accept responsibility for the harm done to the little girl’s health.

“We were applying poisons on her every day,” said the child’s distraught and tearful grandmother.

The girl’s father was quoted as saying: “I think most consumers have the same thought as me – it’s not compensation from the company that will solve the problem. Money can’t buy health for my baby. I think the company should give us a complete solution.” 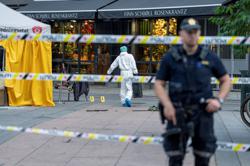