JAKARTA Jan 18 (Thomson Reuters Foundation): Deadly floods across parts of Indonesia are a stark reminder of the climate change risks facing the South-East Asian nation, environmentalists said on Monday, urging the government to be more ambitious in its efforts to cut planet-heating emissions.

South Kalimantan on Borneo island declared a state of emergency last week, after heavy rainfall and flooding since the start of the year displaced tens of thousands of people.

Indonesian President Joko Widodo was due to visit the worst-hit areas on Monday.

Yuyun Harmono, climate justice campaign manager at the Indonesian Forum for the Environment (WALHI), said the floods are "an indication that the government should have more ambition in their climate policies".

The archipelago is already suffering the impacts of rising global temperatures, with its cities and coastal areas hit by regular flooding and rising sea levels.

"Indonesia is one of the countries that is very vulnerable to the climate crisis," said Adila Isfandiari, climate and energy researcher at Greenpeace Indonesia.

"It is rooted in the position of the government that prioritises economic growth over the environment," she told the Thomson Reuters Foundation.

Under the 2015 Paris Agreement to curb global warming, Indonesia - among the world's biggest greenhouse gas emitters - committed to cut its emissions by 29% by 2030 versus business-as-usual levels, a target it said could rise to 41% with international support. 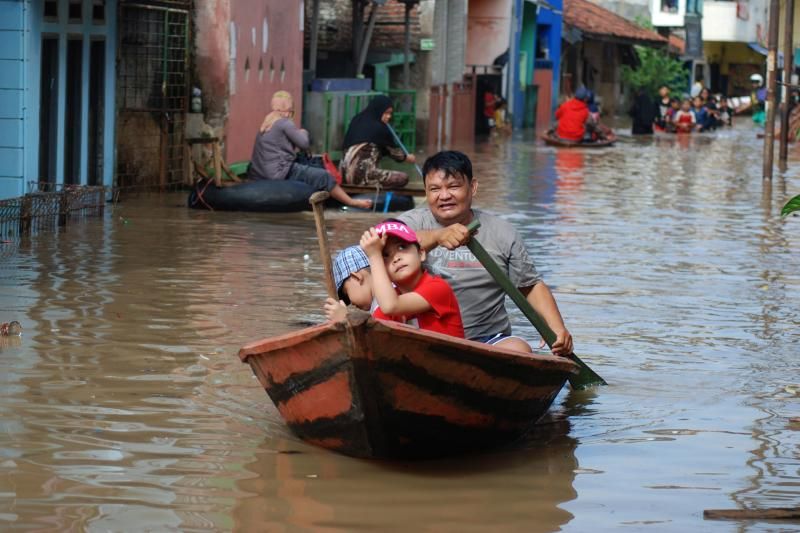 Earlier this month, a climate official at Indonesia's environment and forestry ministry told Antara news agency the country would not increase its emissions reduction goals further in an updated climate action plan due to be submitted ahead of a U.N. climate summit in November, as nations are expected to do.

Ruandha Agung Sugardiman, director general of climate change control, said Indonesia would instead focus on implementation and steps to meet its existing commitments.

Home to the world's third-largest tropical forests, Indonesia is the biggest global producer of palm oil and a major source of timber, which many green groups blame for the clearing of forests for plantations.

Indonesia was one of only five countries that started new coal-power plant construction in 2020, it noted.

"The government must introduce policy to reduce total emissions in order to meet the Paris climate goals, but the emissions in Indonesia are on an upwards trajectory," said Sisilia Nurmala Dewi, Indonesia team leader at climate campaign group 350.org. 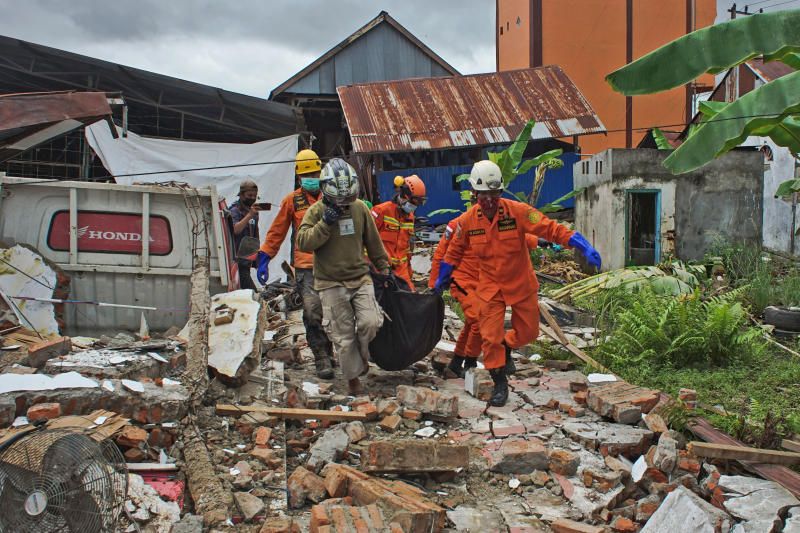 The government has, nonetheless, worked in recent years to stop illegal logging, protect its carbon-storing forests and meet its international pledges to tackle climate change.

Besides introducing a moratorium on new forest clearance, in the past five years it has allocated on average nearly 90 trillion rupiah ($6.4 billion) per year to tackle climate change, although that dropped to around 80 trillion rupiah in 2020 due to the Covid-19 pandemic.

New laws to cut red tape and boost investment and mining, introduced last year, were criticised by environmentalists who said they would fuel more forest-clearing and fires.

"Developed countries should increase their (emissions reduction) commitments by three or four times - but for developing countries like Indonesia, we also have to be included in that race to increase our ambition," he said. - Reuters
Article type: metered
User Type: anonymous web
User Status:
Campaign ID: 18
Cxense type: free
User access status: 3 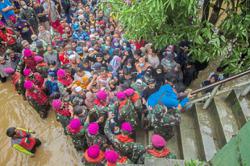