The Marina Bay Sands integrated resort lights up in tribute to the healthcare workers and people staying home to curb the spread of the coronavirus disease in Singapore. - Reuters

SINGAPORE, Jan 15 (Reuters): The World Economic Forum (WEF) is aiming to attract around 1,000 delegates for its Singapore summit in late May and wants the iconic Marina Bay Sands complex to host the event, two sources familiar with the organisation's plans said.

The sources, who did not want to be identified as negotiations are ongoing, said the plans for the May 25-28 event were still fluid given the uncertainty of the COVID-19 pandemic raging across the world.

The annual gathering of political and business leaders was moved from its usual home in the Swiss ski resort of Davos, from which it takes its informal name, to Singapore in December due to virus safety fears, organisers said.

If it goes ahead as planned, the event would be the first in-person global conference since Covid-19 started spreading widely in early 2020.

The WEF's previous summit in Davos in January 2020 was one of the last, and attracted 3,000 delegates and thousands of others for side events.

Singapore is one of the countries that has handled Covid-19 situation. Cases since November have been mostly been imported and overseas issues.

On Friday (Jan 15), there were 30 new coronavirus cases confirmed taking Singapore's total to 59,059, as reported by The Straits Times.

These included 29 imported cases who had been placed on stay-home notice or isolated on arrival in Singapore, said the Ministry of Health (MOH).

There was also one case in the community and none from workers' dormitories. There were 30 new coronavirus cases confirmed as at Friday noon (Jan 15), taking Singapore's total to 59,059. - The Straits Times/Asian News Network

With 35 cases discharged on Thursday, 58,742 patients have fully recovered from the disease. A total of 41 patients remain in hospital, and none is in intensive care.

Meanwhile, Reuters added that WEF is aiming for around 1,000 delegates in Singapore, the sources said, possibly up to 1,800 if conditions allow. The usual side events - which have in previous years seen the population of the Alpine town of Davos swell from 10,000 to about 30,000 - will be significantly curtailed due to the virus, the sources added.

However, there is much uncertainty. Singapore, a South-East Asian island nation of 5.7 million, has had its borders largely shut to visitors for almost a year, and imposed strict quarantine measures for returning residents.

The emergence of more infectious virus variants have led the city-state to impose further travel curbs on some countries in recent weeks.

WEF organisers hope attendees will be able to avoid quarantines through rigorous testing and by staying in a 'bubble' cut off from the local population. Singapore is due to start a trial of a limited version of this scheme later this month, and has also said it will consider relaxing travel restrictions for vaccinated travellers.

Alvin Tan, a senior trade ministry official, said earlier this month there would be measures to manage interactions between WEF attendees and locals, but said specific details were still being worked out.

Finding a venue for this WEF bubble, where attendees can also eat, sleep and mingle, has led the organisation to target Marina Bay Sands as potential hosts, the sources said.

Resembling a surfboard perched atop three towers, it has more than 2,500 rooms and suites, a casino, shops and restaurants, as well as convention and exhibition facilities that can host over 45,000 delegates. 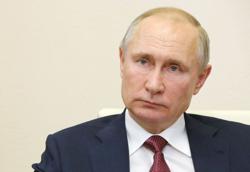