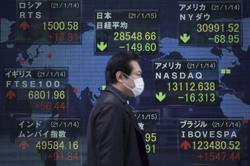 HONG KONG, Jan 15, 2021 (AFP): Joe Biden's US$1.9 trillion stimulus proposal was met with a shrug in Asia on Friday as observers said the massive spending spree had been largely factored into valuations, though optimism about the long-term economic outlook continued to provide support.

Reassurances from Federal Reserve boss Jerome Powell that record-low interest rates and loose monetary policy would remain in place for some time also removed some lingering angst on trading floors.

However, surging virus infections and deaths -- and the lockdowns they are forcing governments to impose -- remain the main stumbling blocks for investors, despite the rollout of vaccines that could allow life to return to normal.

With days before he takes office, President-elect Biden unveiled his rescue package, which he said addressed "the twin crises of a pandemic and this sinking economy".

The plans include an extra $1,400 cash handout for individuals -- to top up the $600 in last month's stimulus -- a hike in the minimum wage to $15 an hour and billions of dollars to ramp up vaccinations so that 100 million are administered in 100 days.

There is also money for struggling state and local governments, the safe reopening of schools and an extension of unemployment benefits.

The need for more economic help was highlighted by data showing new applications for unemployment benefits rose by 181,000 last week, the biggest rise since the pandemic began in March.

While welcomed by investors, the proposals failed to fire a surge in stocks, with Asian markets mixed at the end of a broadly positive week.

Sydney, Singapore, Taipei, Manila and Bangkok all rose but Tokyo, Shanghai, Seoul and Wellington fell and Hong Kong was flat.

"Seems like this was already priced in, at least as far as magnitude," said Ilya Spivak at DailyFX. "The main question is how much of it gets compromised away to get it passed. That is probably the next layer of speculative uncertainty that markets are focused on. Hence the muted response."

There is a worry that the bill could be jammed up in the Senate as lawmakers debate the impeachment of Donald Trump, which some observers say could also slow down confirmation hearings for Biden's cabinet picks.

There had been growing concern about the Fed's pledge to keep borrowing costs at record lows for as long as needed if any huge government spending spree puts upward pressure on inflation.

But while bank chief Powell on Thursday said he expected the economy to rally as people returned to their daily lives and habits, he did not think price rises would spike enough to warrant immediate action, while unemployment remained a key worry.

"If inflation were to move up in ways that are unwelcome, we have the tools for that and we'll use them," he said. 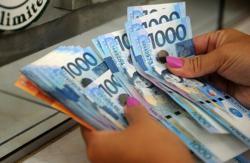 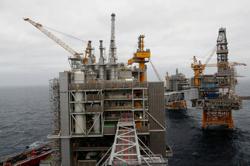