BANGKOK, Jan 12 (Bloomberg): Thailand unveiled stimulus programmes including cash handouts worth 210 billion baht (US$7 billion) to support millions of individuals and businesses affected by the country’s biggest wave of coronavirus infections since the pandemic began a year ago.

The government plans to distribute cash to about 30 million people, mostly informal sector workers and farmers, who are hit by curbs on businesses and mobility, according to Danucha Pichayanan, secretary general of the National Economic and Social Development Council. Under the plan, each beneficiary will receive 3,500 baht per month for two months starting as early as February, Finance Minister Arkhom Termpittayapaisith said at a briefing in Bangkok Tuesday.

The cabinet may approve the proposal next Tuesday when it may also consider extending state-funded programs to boost domestic spending and tourism after current virus curbs are lifted, Arkhom said.

The government has about 209 billion baht to meet the additional expenses and can also draw from 260 billion baht surplus from another program to support fresh stimulus, Danucha said.

Thailand is grappling with the resurgence of the outbreak that’s more than doubled the nation’s total case count to nearly 11,000.

The government has so far refrained from imposing a broad lockdown that was used during the first outbreak early last year in an effort to minimize the impact on the economy. Instead, it has placed restrictions on businesses and travels depending on the severity of the outbreak in each region. 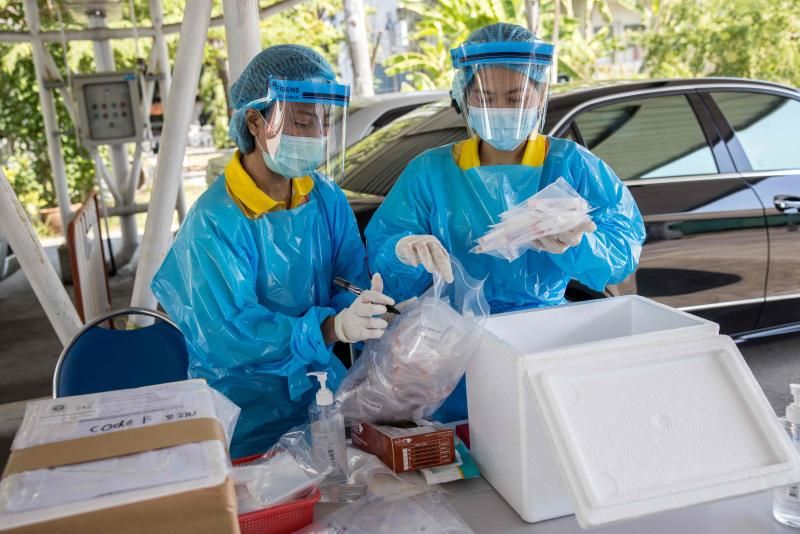 The government does not need to borrow more money, as we can use what is left of last year’s Bt1-trillion emergency loan,” Finance Minister Arkhom Termpittayapaisith said after a meeting with Prime Minister Prayut Chan-O-Cha on Monday (Jan 11).

But some health experts and analysts have warned looser restrictions could mean it would take longer to contain the virus, with more than 200 cases added daily over the past week. Deputy Prime Minister Supattanapong Punmeechaow said the government expects to contain the outbreak by the end of March.

The cabinet also directed some state-owned banks to boost liquidity to businessmen and farmers affected by the new wave of infections. The Bank for Agriculture and Agricultural Cooperatives will offer as much as 20 billion baht of loans to entrepreneurs and farmers under a program that’s been extended to June 30. The Government Saving Bank will extend 30 billion baht loans to self-employed, small businessmen and entrepreneurs, while the Export and Import Bank of Thailand will reserve 5 billion baht for exporters and importers.

Separately, the Bank of Thailand said individual borrowers, small and medium enterprises and retailers reeling from the pandemic impact can seek debt relief from lenders.