Cambodia on alert as Covid-19 cases from Thailand creep up 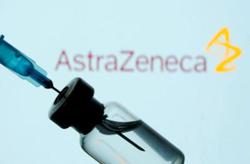 Cambodia's Ministry of Health on Monday reported that 27 of the country’s 392 cases were linked to the outbreak in Thailand.

The most recent was identified as a woman who arrived home from the country's northern neighbour on Friday.

The woman is among at least 12,000 migrant workers that have returned to Cambodia since December 20, a Health Ministry spokesperson told local newspaper the Khmer Times on Monday.

The spokesperson said authorities had stepped up screening of arrivals as Thailand battles a coronavirus surge of more than 200 new cases per day.

Thai authorities - which now record total cases of more than 10,000 - say that at least 157 Cambodian workers have tested positive for the virus.

The busy Thai-run border-side Rong Kluea market, normally accessible from both countries, was last week shut until further notice amid the outbreak.