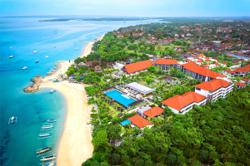 JAKARTA (The Jakarta Post/ANN): Growing outdoor recreation and domestic travel are expected to drive the recovery of tourism in Indonesia, experts and industry players have said.

A survey conducted by the Kompas research and development team from July to August of last year, which involved 1,200 respondents, found that most Indonesians would prefer to visit outdoor destinations.

The survey also found that marine attractions were in the highest demand.

“As long as it’s done in the open, where they can get fresh air, it’s really an increasing trend right now, ” she told The Jakarta Post on Wednesday (Jan 6).

Tourism has been one of the sectors hit hardest by the pandemic as would-be travellers have cancelled plans in response to fears of virus transmission and mobility restrictions.

The Indonesian Hotel and Restaurant Association (PHRI) estimated last year that the industry had lost Rp 100 trillion (US$7.2 billion) over the course of the pandemic.

Some 550,000 hotel employees – 78.5 per cent of the registered workers in the industry – were either furloughed or laid off.

The tourism contraction has also been driven by steep declines in foreign visitors, down by 73.6 per cent year-on-year to 3.89 million visitors between January and November 2020, Statistics Indonesia (BPS) data shows.

“If [the industry] starts recovering, it will begin with local [tourism], ” said Baiquni. Foreign Minister Retno LP Marsudi announced recently that Indonesia would close its borders to foreign travellers for the first two weeks of 2021 amid concerns over the discovery of a more infectious SARS-CoV-2 variant first detected in the United Kingdom.

The ban is expected to further decrease foreign tourist arrivals.

Local tourists are expected to create demand for hotels that offer amenities for staycations, Amanda Rachmaniar, a business analyst at research and consultancy firm Inventure, said in July.

Astindo’s Elly Hutabarat confirmed that there had been a surge in demand for staycations, evinced by travellers who rented hotel rooms for a month or more.

"Because they work from home, they can work from anywhere, ” she said.

“It really changes the way people vacation. They stay in Bali, Yogyakarta.”

Hotel occupancy rates nationwide were down by 18.4 percentage points to 40.14 per cent on average in November 2020 from a year earlier, according to data from BPS.

Although occupancy has moved upward since May, the rebound has plateaued. Tourists, Elly added, preferred to travel in small, familiar groups, such as with family or close friends.

The newly appointed Tourism and Creative Economy Minister Sandiaga Uno said on Tuesday that the ministry would focus on mobilising domestic tourists to boost the industry.

“We will focus now on domestic tourism so they can also appreciate the country’s destinations and spur on the regional economy, ” Sandiaga said in a statement.

The Tourism and Creative Economy Ministry has set the 2021 foreign visitor target at 7 million people, a 75 per cent increase from the expected 2020 year-end figure of 4 million visitors.

The government is optimistic that the tourism industry can start recovering in 2021, given the significant recovery of domestic tourist mobility, according to Prabu Revolusi, a ministry spokesperson.

Prabu said people had started showing trust in mass transportation again, including planes. Domestic flight passengers picked up by 33.43 per cent month-to-month (mtm) to 3 million in November 2020, according to BPS data.

“Once the vaccines have been distributed, there will be a significant opportunity, a significant jump in tourism as people will be more confident about going on vacation, ” Prabu told the Post in a phone interview on Dec 17.

Indonesia has imported 3 million ready-to-use doses of the Sinovac vaccine so far. The government aims to inoculate 181.5 million of the country’s 269 million citizens – or roughly 70 per cent of the population – from mid-January 2021 to March 2022.

However, it will take some time for both domestic and international tourists to plan travel, even after the vaccines have been distributed, according to Prabu.

He added that Indonesian tourist destinations were ready to welcome international tourists, as reflected in a recent assessment of Bali’s preparedness to reopen by the United Nations World Tourism Organization (UNWTO).

But allowing foreign visitors to enter the country would hinge on how the pandemic was handled.

PHRI chairman Hariyadi Sukamdani said on Nov 25,2020, that the association expected 13 million to 14 million foreign tourist arrivals in 2021, a more sanguine prediction than the ministry’s but still lower than the 2019 figure of 16.1 million foreign visitors.

He added that local tourists were not expected to be “a good replacement” for foreign tourists in terms of added value.

“Even if you replace every international tourist with a domestic tourist, you get the same volume but you get less spending, ” said van Doorn.

To help tourism stay afloat, the government has allocated Rp 3.3 trillion in grants to 101 cities and regencies. The ministry started disbursing the grants in November of last year. As much as 70 per cent was disbursed to individual businesses and the rest to local administrations.

Tourism and Creative Economy Deputy Minister Angela Tanoesoedibjo said during a briefing on Dec 29 that the ministry would continue its “breakthrough” programme of providing free-of-charge cleanliness, health, safety and environmental (CHSE) certifications for businesses in 2021.

“Consumers will see this sticker and know that the location is safe. This is how we standardise health protocol implementation, ” she

By Nov. 28, the government had issued CHSE certificates to 315 hotels and 351 restaurants in Bali, according to UNWTO.

In a bid to boost demand, low-cost carrier AirAsia Indonesia and PHRI inked an agreement in December 2020 to offer promotional rates for flights and hotels

The deal will allow customers to book AirAsia flights and hotels owned by PHRI members in bundles through the airline’s website.

Over 5,000 hotel members of the association are expected to participate in the programme.

“This is an effort to create new demand. We hope that with this joint programme, the public, which has been hesitant to travel, will become more confident about the health protocols we implement and that the cost will be more affordable for them, ” Hariyadi said on Dec 16. - The Jakarta Post/Asia News Network 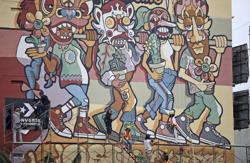