BANGKOK (The Nation/ANN): The Ministry of Commerce held a meeting of government agencies, tapioca farmers and exporters to discuss solutions for the plummeting price.

The price of cassava fell to Bt2.1 per kilogramme, in contrast with rising demand in the global market, said Keerati Ratchano, director-general of the Foreign Trade Department.

“The department promised to employ measures to make sure that tapioca to be exported meets international standards, especially in terms of starch percentage, to avoid incidents where importers use quality as a reason to lower the buying price, ” he said.

“In the coming months, the situation should improve as domestic demand for tapioca chips should rise quickly because domestic manufacturers will need them to produce alcohol gels to cope with rising Covid-19 cases.”

Boonchai Sriyongpanich, chairman of Thai Tapioca Trade Association, added that members of the association agreed to buy fresh tapioca with 25 per cent starch from farmers at Bt2.5 per kg in order to motivate farmers to continue growing.

“The plummeting price and the risk of the unpreventable CMD (Cassava Mosaic Disease) would push farmers to grow other crops instead of tapioca and would result in domestic supply shortage, ” he said.

“The association had earlier estimated total tapioca production next year at 28.3 million tonnes, but due to CMD and possible drought we may have to lower the estimates by 5-10 per cent, while this year's total production is recorded at around 25 million tonnes

“Domestic demand for tapioca is currently at 40 million tonnes, whereas we need to import chip and fresh tapioca from Laos and Cambodia to meet the demand, ” he added.

In 2019 Thailand exported 5.59 million tonnes of tapioca with total value of $2.6 million, down 16.36 per cent compared to the previous year. - The Nation/Asia News Network 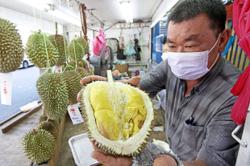 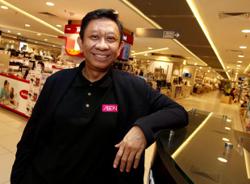