BEIJNG (China Daily/ANN): With vehicles starting to resemble smart devices rather than simply equipped machines, tech companies are capitalising on the dramatic changes in the auto industry.

China's search-engine leader Baidu Inc is considering making its own electric vehicles, according to Reuters.

Baidu has held preliminary talks with automakers including Geely, GAC and FAW's Hongqi, on a possible venture, without reaching any decisions, Reuters reported, citing people with knowledge of the matter.

Baidu established its autonomous driving unit Apollo in 2017. The unit mainly supplies technology powered by artificial intelligence and it has attracted automakers such as Geely, Volkswagen, Toyota and Ford.

But nowadays, many leading carmakers are developing their own systems instead of installing those developed by tech companies such as Baidu.

"That is because nobody wants to let others serve as their brains," Zhang said.

A person with knowledge of Baidu's Apollo partnerships said the deals are exclusive, which means if a carmaker decides to work with Baidu, it rules out the possibility of working with others.

Zhang said Baidu's move is likely to tailor-make fleets of robotaxis with its own autonomous driving system, enhance its popularity with individual customers, and then convince carmakers to use its system.

If it does not work out, it can further grow its robotaxi fleets, because offering mobility services will replace selling cars as the most profitable thing in the auto industry, Zhang said.

One example is Chinese car-hailing company Didi, that is working with BYD to customise models.

Baidu operates the autonomous taxi service Go Robotaxi in cities including Beijing, and plans to expand to 30 cities in three years.

Despite a lack of material details, the capital market has already bought the story.

Baidu's Nasdaq-listed shares traded at around US$190 on Friday, up as much as 17 per cent before Reuters reported the talks with automakers on Tuesday.

Building cars would represent a dramatic development in Baidu's push to diversify its income streams as growth plateaus in its core search business.

Its revenue grew just 2 per cent last year, according to Reuters.

Alibaba, another influential tech company in China, has a joint venture with the country's largest carmaker by sales SAIC Motor to develop the new brand Zhiji.

Zhiji said SAIC's expertise in car production and Alibaba's advantage in big data and artificial intelligence will make its models more competitive in the market.

It said staff engaged in smart driving and data account for 75 per cent of its research and development team.

Zhiji, with an investment of over 10 billion yuan (US$1.53 billion), said it will unveil two models in January, with another one to join them at the Shanghai auto show in April.

The first mass-produced model is expected to roll off the assembly line in late 2021.

Zhiji said the vehicles will be capable of wireless charging at speeds similar to wired charging, and autonomous valet parking functions will be available in Shanghai in 2021.

The carmaker is also developing batteries in partnership with China's CATL that it says will enable vehicles to run for 1,000km on a single charge.

It did not give a clear schedule when the batteries will become available, but Chinese reports say that they will be produced in five years.

Among other things, they will design charging facilities and images to be displayed exclusively on Zhiji models' dashboards and screens.

China has been the world's largest market for new energy vehicles since 2015.

Sales of electric vehicles and plug-in hybrids are estimated to reach 1.3 million this year, up 8 per cent from 2019, despite the Covid-19 pandemic, said the China Association of Automobile Manufacturers. 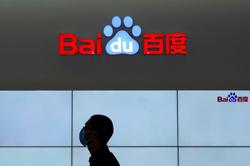