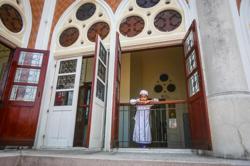 BANGKOK (The Nation/ANN): Floods in the southern region have affected 691,659 households and claimed the lives of 30 people, the Department of Disaster Prevention and Mitigation reported on Tuesday (Dec 15).

The report said that 584 districts in 11 provinces had been affected and parts of Surat Thani, Nakhon Si Thammarat, Phatthalung and Songkhla provinces were still inundated.

Officers from the responsible organisations have been sent out to examine the affected areas that have suffered from the floods since heavy rains started on Nov 25.The information will be sent to the Ministry of Finance for the government to arrange compensation for damage in those areas. - The Nation/Asia News Network