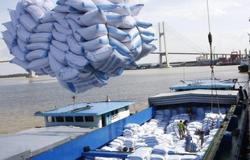 A teleconference, themed 'Vietnam-Korea Investment Connection', was co-organised on Dec 2 in Hanoi by the Vietnam Trade Promotion Agency, the Department of Asia-Africa Markets from the Ministry of Industry and Trade and the South Korea Trade-Investment Promotion Agency.. - VNA/VNS

Vũ Việt Nga, Deputy Head of East Asia Division under the Department of Asia-Africa Markets from the Ministry of Industry and Trade, was speaking during a teleconference held in Hà Nội on Wednesday (Dec 2).

Themed “Vietnam-Korea Investment Connection”, the event was co-organised by the Vietnam Trade Promotion Agency, the Department of Asia-Africa Markets from the Ministry of Industry and Trade and the South Korea Trade-Investment Promotion Agency (KOTRA), with the aim to introduce and update information about investment opportunities and trends of South Korean enterprises in Vietnam, as well as introducing investment environment in localities.

“In the 2016-20 period, most tariff lines under the FTAs have entered the period of being deeply cut or completely removed, ” she told Vietnam News.

“Foreign enterprises, including South Korean firms, can make full use of much-touted benefits of those FTAs to increase export revenue as well as expand export markets, she said.

“But to be able to enjoy preferential tariffs under FTAs, the products must meet requirements under the rules of origin.”

Goods eligible for preferential treatment under FTAs have to meet general or product-specific rules of origin, and have appropriate documentation, known as the certificate of origin (C/O).

Each FTA has its own certificate of origin form, she said.

“Vietnam has a safe and stable investment environment, fast and sustainable economic growth as well as young and low-cost human resources. The country has done a good job in controlling Covid-19.

“To attract foreign investment, Vietnam has continuously reformed and simplified administrative procedures and policies, offering a large number of incentives in corporate income tax and import tax, ” she said.

Nga added: “The road traffic system has been upgraded and expanded, highways are better developed to make trade between provinces and economic regions easier, as well as facilitating the transport of raw materials.

"In addition, with 49 seaports, 8 airports and 23 border gates, Vietnam is currently an international cargo transhipment hub in the Asia-Pacific region."

Since establishing diplomatic relations in 1992, Vietnam and South Korea have strongly developed in all fields of politics, defense, security, economy and culture, said Hoàng Minh Chiến, deputy director of the Ministry of Industry and Trade's Vietnam Trade Promotion Agency (Vietrade).

“The strategic co-operation partnership is tightened closer with the signing of the Việt Nam-South Korea Free Trade Agreement (VKFTA) on May 5,2015," Chiến said.

"Under the trade deal, the two sides had given each other many incentives in goods, services and investment, creating the driving force for growth in trade and investment co-operation.”

As of October this year, the total registered capital of South Korean businesses in Vietnam reached US$70.4 billion with 8,900 projects.