Cambodians hooked on flavour of Malaysian dishes at Uncle Fu

PHNOM PENH (The Phnom Penh Post/ANN): When Uncle Fu – a chef from Ipoh, Malaysia – set his sights on bringing his renowned Malaysian-Singaporean cuisine to Cambodia, he entrusted a pilot and a stewardess to make it happen.

Although they had no experience in the food and beverage industry, Victor and Christiana Chin jumped on the opportunity.

Christiana says: “My husband is a pilot. I used to be a stewardess. When we came here we actually didn’t have any experience in opening restaurants.”

Victor adds: “When we received a call from the chef, my wife went over the finances, how much it would take, the current rent and all. We discussed it and finally, I said: ‘Yeah let’s give it a try.’”

They opened on Dec 31 last year and it’s hard to call the restaurant anything but a success, judging from customer volume and positive reviews.

The restaurant’s dishes – ranging from salted egg golden prawns to clay pot salted fish – are a result of Uncle Fu’s extensive culinary travels which took him from Malaysia and Singapore to England, the Netherlands and the Philippines over the years.

Victor and Christiana moved from Malaysia to Cambodia in 2015, giving them a head start on getting the restaurant off the ground.

Uncle Fu’s is manned by two chefs – a Malaysian and a Cambodian trainee.

Victor tells The Post: “At first, we only depended on one chef but after we had discussions with him, we decided he needed an extra hand. He used to train a Cambodian chef so we hired him to come and work with us.”

Christiana says: “He is super good at cooking. He can cook [dishes] perfectly, and even better than a Malaysian. I really appreciate him. He has everything, from a good personality to a strong commitment.”

She says she appreciates all the locals who have helped popularise the restaurant, which has an unassuming facade and a small, humble interior.

Christiana personally designed it herself to make it to put her customers at ease.

“I have a Cambodian friend, a pilot’s wife, who taught me about this flower. I went to a shop and they were able to turn it into a light. I really love things that are homemade and natural, ” Christiana says.

Tastefully placed art pieces and souvenirs round out the look, giving it a simple and elegant vibe.

“I love to use recycled products. For example, for takeaway, instead of plastic boxes, I use paper boxes. Even plastic straws are a no for me. It’s a waste and it’s not good for the earth and the sea of course. I’m also very particular on hygiene.”

Ambience is important, but at Uncle Fu’s, the cuisine is king.

In terms of taste, Chinese flavours mingle with local Cambodian flourishes to add depth to the primarily Malaysian-Singaporean offerings.

The clay pot dishes and sweet and sour chicken, derived from Cambodian cuisine, are sure to appeal to many locals.

The owners say they have hosted customers from around the globe, including China, Malaysia, Singapore, Australia, England, Germany and South Africa.

The fish head is cooked in a homemade curry paste with assorted vegetables and is one of Malaysia’s most popular dishes.

The chef-favourite clay pot salted fish with eggplant is cooked with minced pork, giving it a nuanced flavour.

One of the main selling points of Uncle Fu’s is the freshness of their meat and seafood.

Victor says: “For the meat, we don’t keep it more than a week. It’s really fresh and so is the seafood. All of the fish are fresh from the sea and make it to the table in approximately six hours.”

He adds: “Some customers don’t want it frozen and they want to get it fresh, so they can pre-order a day before or half-day before. A lot of businessmen want to eat fresh crab from here, so they need to book it beforehand.”

For patrons looking for some privacy, two VIP rooms are available – one downstairs which can fit six people and a slightly larger one upstairs.

A regular customer from Sri Lanka named Ganya says: “When I come here I feel really comfortable. The food is like home-cooked food and the atmosphere is very nice. I’ve been here around five years and I’ve been to many restaurants but here the food is very tasty. The decoration is wonderful as well.”

The owners say customers often compliment the chef on the unique flavours of the dishes served.

But it hasn’t been all smooth sailing for Uncle Fu’s. The October floods disrupted the supply chain of fresh fish, making it impossible for them to continue offering some dishes.

Victor says they rely on fishermen in Kep and Sihanoukville.

“During the rainy season, the boats don’t go out to sea, so how can we get fresh fish? There was one week we didn’t have any fresh fish. We had to tell customers that it’s not that we don’t want to offer fish, but we had no choice.”

The fish drought was only temporary, however, and Uncle Fu’s appears to be anything but a passing trend. With a time-tested menu and an obsession with quality, Uncle Fu’s is likely here for the long haul. - The Phnom Penh Post/Asia News Network 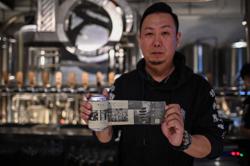