Singapore PM: Trade is win-win, but US domestic politics may get in way of multilateralism 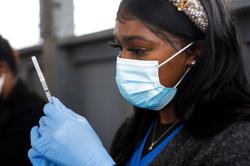 SINGAPORE (The Straits Times/ANN): While the new Biden Administration may have more multilateralists who support world trade, it is not clear that the United States will be more keen on throwing the trade doors wide open, or joining the Comprehensive and Progressive Agreement for Trans-Pacific Partnership (CPTPP) trade pact, said Prime Minister Lee Hsien Loong.

The attitude of the Trump Administration so far, he added, has been that trade is a win-lose proposition.

But trade is not like that, he said on Thursday (Nov 19) at a virtual meeting associated with the Asia-Pacific Economic Cooperation (Apec) grouping.

"Trade is win-win -- I may have a surplus with you, I have a deficit with somebody else, but it does not matter as long as overall it balances out."

But that has not been the view of the Trump Administration, which "is still in charge until Jan 20" he noted, referencing the date when US President Donald Trump will be replaced by Joe Biden, who won the presidential race.

"I do not think that they are likely to change their position at this late stage, but we will have to see how the new Biden Administration plays it."

Lee was responding to a question from moderator and Singapore Business Federation chief executive officer Ho Meng Kit at the Apec CEO Dialogues.

Ho had asked how Apec would be affected by the outcome of the US presidential election and the signing of the Regional Comprehensive Economic Partnership (RCEP), the world's largest trade pact.

Both the CPTPP and RCEP are seen as building blocks of a much larger free trade vision spanning the Pacific Ocean: The Free Trade Area of the Asia Pacific (FTAAP), which Apec member economies had alluded to as early as 2004.

One of the reasons for the slow progress in Apec, Lee said, is that the US wants to deal with issues bilaterally, rather than on a multilateral basis with multiple partners together in a group.

And while the Biden Administration may be more supportive of the World Trade Organisation and Apec, much still depends on domestic politics, he added.

"Once the restrictions are in, it is a very delicate matter rethinking your position in deciding whether you want to go back to where you were, or how do you move forward."

He called the RCEP, which was signed four days ago on Nov 15, a "big step forward".

The agreement sends an important signal that countries in Asia do want to deepen regional integration, free up trade further, and are determined to work together and prosper together as a group.

While there has been disappointment over India's withdrawal from the talks last year, it is the hope that one day, it will return, he added.

"Because it makes strategic sense for (India), and I think in the long term, it makes economic sense for them, too. But they have political considerations, and I can understand that."

India had trade deficits with 11 of the 15 nations involved in the RCEP, and feared that the deal could result in cheap manufacturing and agricultural products flooding its domestic market.

Lee said attitudes in both the US and China have hardened a lot in recent years.

Many in the US see China as a strategic threat, while China thinks the US is out to thwart its development and rise.

But he expressed the hope that with the new Biden Administration,"it will be a more coherent, systematic approach, one which will take into account a broader range of US interests, not just a trade balance, but also their overall relationship with China and the overall interest which the US has in the Asia Pacific and in the world".

And the US will need to be seen as setting the standard, showing the way, and playing a leading role as the most powerful country in the world, he added.

"Taking care of America's interests does not mean having to ride roughshod over other countries' interests."

He also made the point that Apec is a forum where issues can be discussed and countries can come together and work things out.

The digital economy is one such area, he said, citing the need to standardise rules and introduce appropriate regulations to facilitate information flows.

Travel is also important, he added.

Countries need agreements on how to have green lanes and travel bubbles, how to test for and trace the virus, and be able to adjust the rules when circumstances change.

There must be some way to press the pause button until the situation stabilises again and things can be re-opened, he said.

"These are all things which need to be discussed, and I hope will be discussed in Apec." -- The Straits Times/Asia News Network 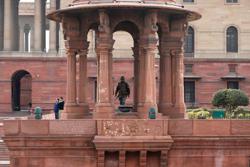