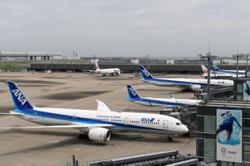 ANA Holdings Inc. plans to reduce the number of small aircraft in response to a plunge in demand amid the coronavirus crisis, sources say. - Bloomberg

TOKYO, Oct 25: ANA Holdings Inc has decided on a plan to reduce the number of group employees by some 3,500 by fiscal 2022 in an effort to survive the coronavirus crisis, informed sources said Sunday, says Japan Times.

The airline group plans to downsize its workforce through compulsory retirement and a freeze on hiring, hoping to cut fixed costs to brace for prolonged pandemic-caused damage to travel demand.

ANA, which has All Nippon Airways under its wing, will include the job cut plan in its business restructuring program to be announced Tuesday, the sources said.

According to a securities report released by ANA, the number of the group's employees stood at around 46,000 as of the end of March this year.

In the business restructuring program, ANA group also plans to include the reduction of the number of small aircraft it owns in response to a plunge in demand for international flights, the sources said.

The move comes on top of the airline group's decision to cut its fleet of large planes used for long-distance international flights.

The group will let go of small aircraft that have been used for long periods of time and have been costly in terms of maintenance, as it strives to improve profitability mainly for its domestic businesses.

The number of types of aircraft owned by ANA will also be slashed in order to cut maintenance costs.

Specifically, ANA will let go of some 30 Boeing 777s and other large, long-range aircraft with about 400 seats. Several other aircraft including small-size Boeing 737s with about 120 seats will also be reduced. 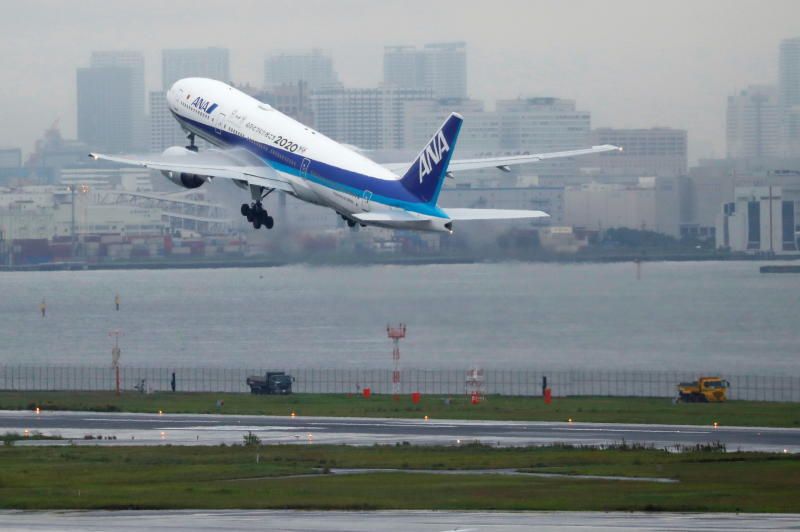 The reduction represents about 10% of the fleet of 300 planes currently owned by the entire ANA group.

Also being considered is a plan to shift small Airbus aircraft that are currently used on international routes to flight services on domestic routes.

As the asset values of the aircraft subject to the reduction have declined over the years, the company will book impairment losses in the current fiscal year ending in March 2021.

Although major losses will be booked, the streamlined fleet is expected to allow ANA to save maintenance costs. The fleet reduction plan will be a pillar of ANA's efforts to slash fixed costs.

The airline will consider reducing more flights over the medium term, as it remains unclear when COVID-19 will be contained. It plans to resume flights to and from Haneda before those using other airports in case travel demand recovers sharply for reasons such as the easing of overseas travel restrictions or the successful development of COVID-19 treatments.

The sources also said that the ANA group is considering code-sharing flights in Japan between two of its units, ANA and Peach Aviation, as part of its turnaround efforts.

The group plans to allow the use of ANA's frequent-flier miles in Peach Aviation, the sources said.

The use of Peach Aviation, a budget airline, is expected to help the ANA group maintain its routes in Japan at low costs.